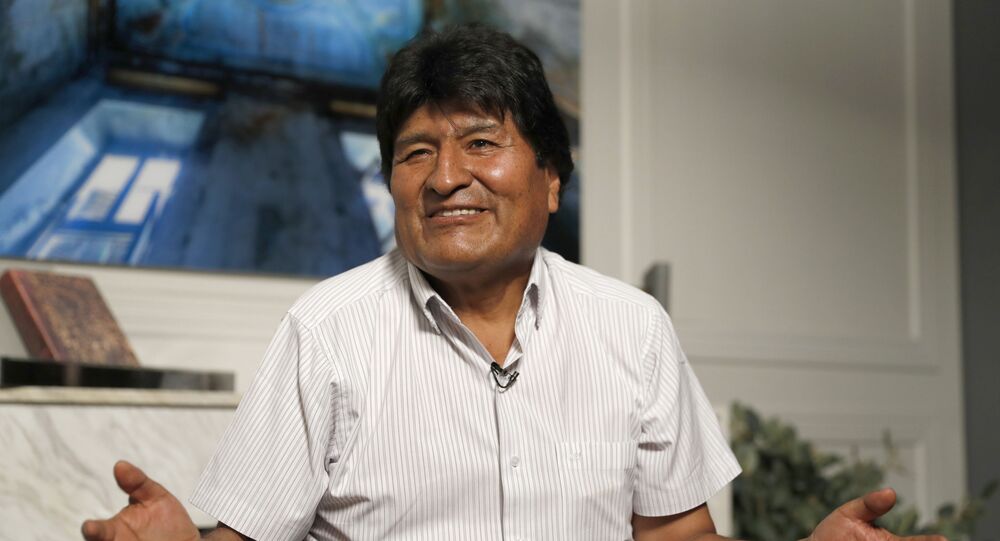 MEXICO CITY (Sputnik) - The interim Bolivian authorities detained on Friday Lidia Iriarte, the only member of the Morales-era Supreme Electoral Tribunal (TSE) who had stayed free in the wake of the October election fraud allegations, media reported.

According to Bolivia’s Deber newspaper, Iriarte was detained in the morning by the Special Forces to Fight Crime.

Iriarte is charged with election rigging. Earlier, the TSE president, her deputies as well as employees of regional election commissions were detained on charges of violating electoral law.

Bolivia plunged into protests following the 20 October election after the opposition refused to accept the victory of then-President Evo Morales, citing alleged irregularities in the vote-counting process, subsequently confirmed by the Organization of American States.

On 10 November, Morales stepped down — as advised by the nation's military — and fled for Mexico shortly after. The opposition vice speaker of the upper house, Jeanine Anez, took over as interim president. The new authorities have since called new elections and approved the new composition of the Supreme Electoral Tribunal.

The presidential vote is set to be held no later than 12 April, with Morales barred from running for the top office.