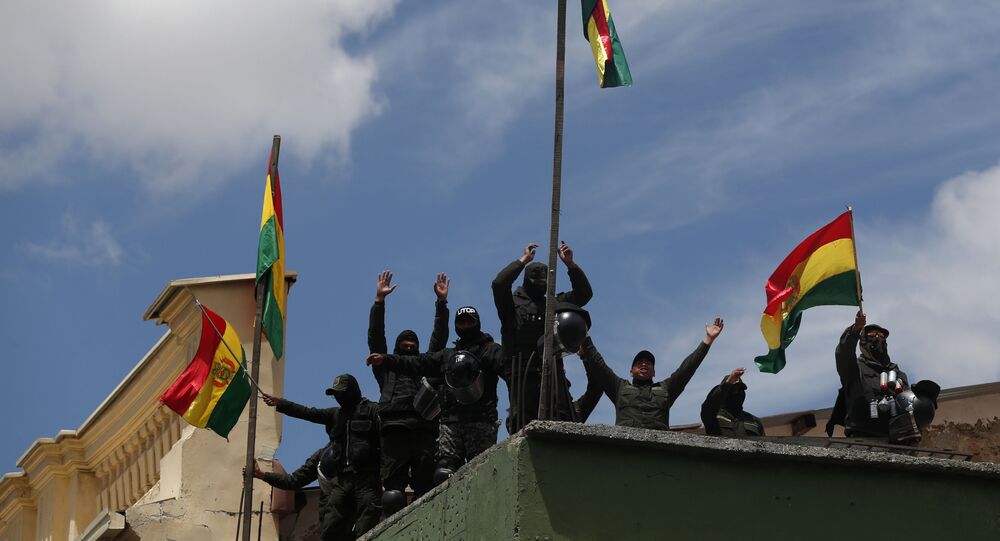 According to media reports, groups of Bolivian protesters broke into newsrooms on Saturday, forcing journalists and staffers to flee buildings.

Bolivian President Evo Morales condemned the violent actions of the protesters, slamming the storming of the state-run broadcaster as an act of dictatorship.

"State media BTV and RPN were taken hostage by organized groups that used threats to force journalists to leave their job posts. [The opposition] says that they defend democracy, but they are acting like dictatorial regimes", Morales Tweeted.

The two stations have been transmitting content almost exclusively dedicated to the ongoing protests since Friday.

Bolivian media reported earlier that law enforcement officers also took to the streets to protest alongside demonstrators in the capital and in the city of Santa Cruz de la Sierra. President Morales convened an emergency meeting following the police defections.

Protests in the South American country have been ongoing since 20 October, after Morales secured an additional term in a hotly-contested presidential election, even as the opposition refused to recognize the results, claiming widespread voter fraud.

Over 380 people have reportedly been injured in Bolivia's ongoing protests since starting in late October.

Morales earlier on Saturday asked the opposition to stop protesting and come to the negotiating table, and begged police defectors in major cities to honor the nation's constitution.

The government has reportedly prohibited the army from using their resources to suppress the rallies.