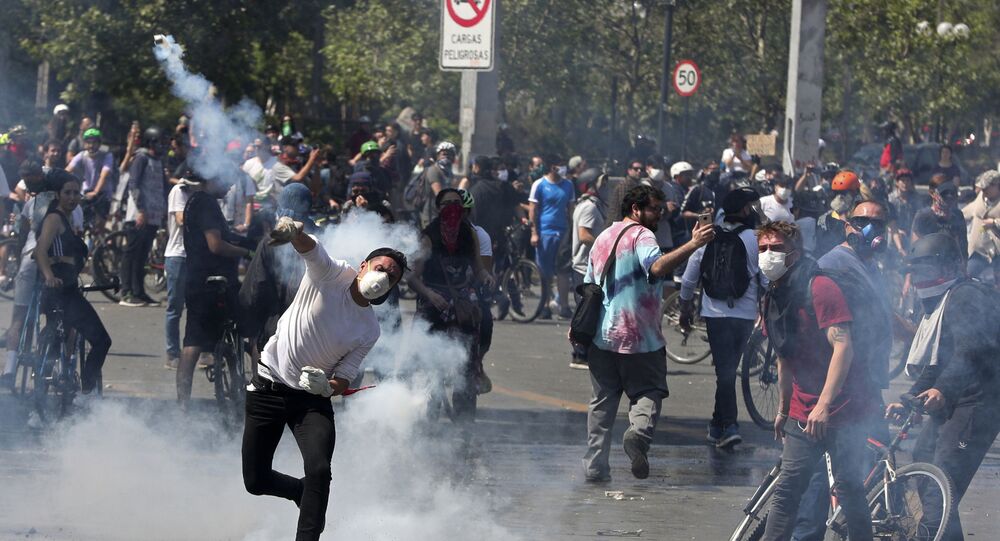 Economist Ignacio Briones was appointed as the country's new finance minister, while Lucas Palacios from the Public Works Ministry took the post of the minister of economy. The appointments were broadcast by the president on Twitter.

Pinera has also replaced the interior minister, Andres Chadwick, with the former head of the presidential administration Gonzalo Blumel.

"The Cabinet replacement means the beginning of a new stage of greater dialogue with citizens and greater national unity and also promoting the Social Agenda with a young team and with new strength. I appreciate the great commitment and vocation of the ministers who leave the Cabinet today", he said.

​Chile has been mired in protests since 6 October, when the authorities increased subway fares. What started as peaceful public demonstrations have turned into wider discontent with social policies and violent clashes with law enforcement agencies. At least 19 people have been killed as a result of the unrest.

The country's authorities have since proposed a series of measures to calm the protesters, promising to allocate $1.2 billion to solve social problems. They have also introduced a curfew in a number of cities, yet protesters frequently defy it.