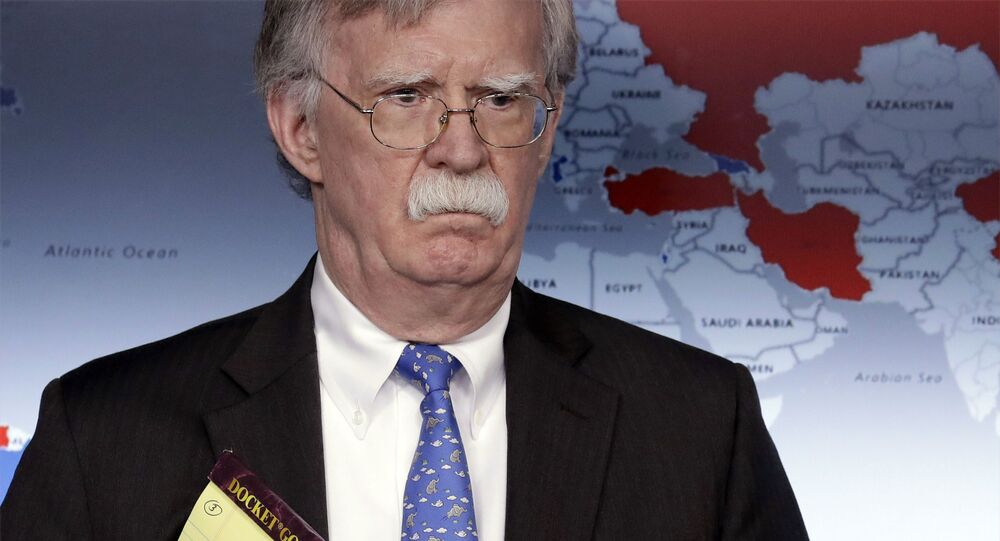 US National Security Adviser John Bolton said on Monday that the US is opposed to new elections in Venezuela while President Nicolas Maduro remains in power, citing concerns that the outcomes could be manipulated.

Speaking to reporters in Lima, Peru during a summit on Venezuela on Tuesday, Bolton said ongoing talks between Maduro's government and the opposition in Barbados were "not serious" and were being used by Maduro to buy time.

The situation in Venezuela escalated in January when US-backed Venezuelan opposition leader Juan Guaido declared himself to be the country’s interim president after disputing the re-election of Maduro.

The United States and 54 other countries recognized Guaido; but Russia, China, Cuba, Bolivia, Turkey, and numerous other countries said they recognize Maduro as the only constitutionally-elected president of Venezuela.

Despite several overthrow attempts, the government and opposition have been engaged in talks to settle the conflict and agreed to maintain a permanent peace dialogue. Maduro, who has positively assessed the talks, said that the sides had determined six main areas on which their negotiations were focused.