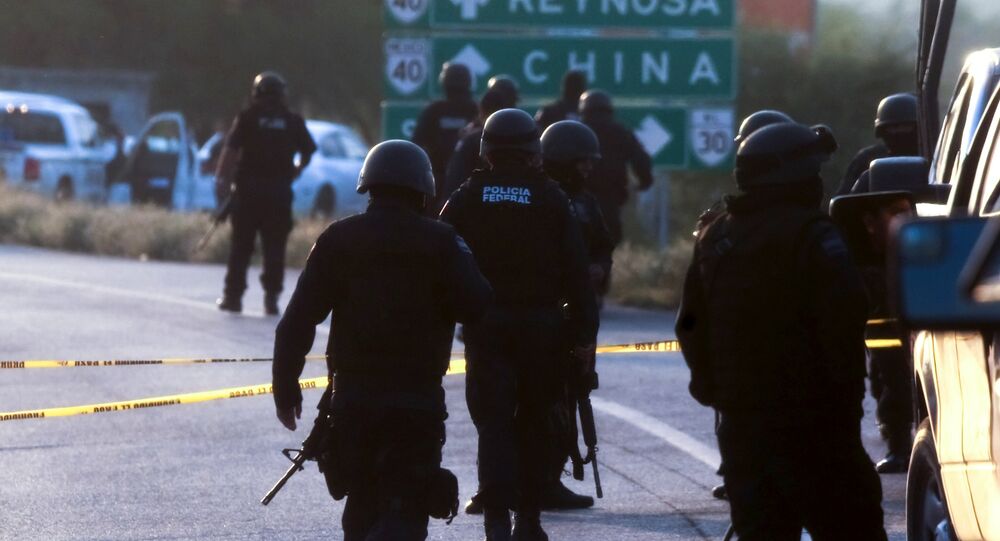 Protesting police officers say the Mexican government is seeking to take away payments and benefits, while the government insists it is not. The newly-formed security agency is tasked with solving the longstanding problems of drug-related crimes and “chronic corruption” among law enforcement.

Hundreds of Mexican policemen took to the streets in Mexico City Wednesday protesting a plan by President Andres Manuel Lopez Obrador to merge police forces into a single ‘National Guard’.

Protesters gathered outside Mexico City before dawn and remained there well into the day, AFP report says. At one point, they reportedly blocked two key roads and briefly seized a toll plaza at the edge of the city.

​Responding to the protests, Secretary of Security and Civilian Protection Alfonso Durazo, in a news conference, assured police members that salaries, benefits, seniority and rank would be transferred to the new National Guard without changes, and that “absolutely none of your rights will be violated.”

​The protesters were reportedly unimpressed by Durazo’s pledges.

"It's just another lie," one police special forces officer told reporters. "They want to get rid of the federal police and replace it with a militarized National Guard.”

Protesters vowed to continue Thursday with a nationwide strike.

​According to Obrador’s National Peace and Security Plan 2018-2024, the Federal Police, the Military Police and the Naval Police will be merged into the newly-launched National Guard. The move aims to increase the effectiveness of police forces fighting drug trafficking crime and “chronic corruption” among law enforcement ranks, according to an AFP report.

​The National Guard will have heightened standards, according to El Financiero newspaper, reporting that applicants must have a body mass index of less than 28, no body piercings, and tattoos must not be visible when wearing the uniform. Currently, 79 percent of police members are overweight or even obese, according to the Mexico News Daily.

Protesters say the government will cut their pay and that Obrador is violating the Constitution by putting police under a military command.

While the “bulk of the responsibility” has been given by Obrador to military officers - according to Time report - the agency, led by Brigadier General Luis Rodriguez, reports to Secretary of Security and Civilian Protection Alfonso Durazo - not the Secretary of National Defence.

Even before the newly-created National Guard was officially launched, thousands of service people were deployed to Mexico’s border with Guatemala in a bid to curb a massive flow of migrants traveling through Mexico and seeking to enter the US. According to a 25 June Reuters report, some 20,000 National guard and soldiers were deployed to the border.

A Creature of Nightmares: Watch Giant Squid Approach Camera in Gulf of Mexico