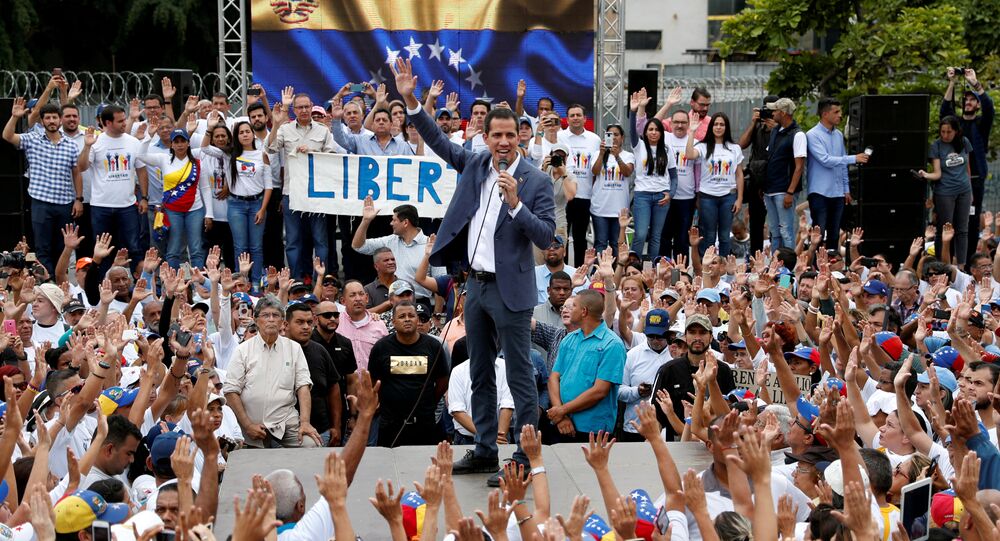 Two weeks ago, Juan Guaido, Venezuela’s self-proclaimed interim president, called on citizens and the country’s armed forces to join his efforts to oust legitimately elected President Nicolas Maduro, claiming that he had the support of the military. His coup attempt failed after military chiefs reaffirmed their complete loyalty to Maduro.

Omana and Figuera are said to have promised Moreno, a former intelligence officer-turned-lawyer, that senior government officials and the military would turn their backs on Maduro, but they needed him to help provide legitimacy to the coup.

Under their purported plan, the Supreme Court would withdraw legal recognition of the pro-Maduro Constituent Assembly and reinstate the opposition-led National Assembly that was deprived of its powers by the court in 2017 and that all other government branches have been refusing to recognise since 2016.

Such a ruling would have officially recognised Guaido as the country’s interim president: it “was essential, because it gave the military as an institution a reason to step forward in an honourable way: it made it so their actions were legal, and would not be considered a coup”, one source claimed.

Moreno allegedly expressed concerns about Guaido as Venezuela’s interim president in case the plot succeeded, and offered another “temporary” candidate – himself.

READ MORE: US Guilty of Crimes Against Humanity in Venezuela

Sources claim that the judge suggested he postpone the restitution of the National Assembly’s power, which meant Guaido’s temporary presidency as well, and presented the Supreme Court as the logical interim power instead.

© AFP 2021 / Yuri Cortez
'Spiral of VIOLENCE': Italy Explains Why it REFUSES to Recognise Venezuela's Guaido
In that case, Moreno as the chief judge would have become Venezuela’s interim president ahead of new elections – the plotters, however, told him that Guaido was the one.

According to the newspaper, Moreno seemed to have agreed with that, but later, as the coup date approached, he started having second thoughts. He purportedly argued that the opposition should prove that it had the backing of the armed forces before the Supreme Court issued its ruling.

The move was set for 1 May, but they had to reschedule it for 30 April after Figuera found out that he was to be replaced as head of Venezuela's National Intelligence Service (SEBIN). The alleged plotters tried to reach Moreno that day, but their calls went unanswered.

The Washington Post noted that Moreno has not responded to a request for comment yet, but has publicly denounced the plot to oust Maduro.

On 30 April, Juan Guaido released a video in which he encouraged everyone to join his so-called “Operation Freedom” to oust constitutionally elected Nicolas Maduro. While the self-proclaimed interim president claimed that he had the support of the armed forces, Maduro reassured the people that he had spoken with top military brass, which reaffirmed their “complete loyalty” to the homeland.

Several days later, Guaido acknowledged that the opposition had overestimated its backing within the military and said that they had expected Maduro to step down in the face of an increasing number of defectors; but only a handful of soldiers decided to turn against the president.

© AP Photo / Evan Vucci
Trump Ticked Over Bolton's Attempt to Pull Him 'INTO A WAR' in Venezuela - Report
At the time, Maduro lashed out at Figuera, calling him “a traitor” and “a CIA mole”, and accused him of helping plan the coup attempt. The president also stressed that he had full confidence in Defence Minister Vladimir Padrino and Supreme Court chief Moreno.

Venezuela has been mired in an ongoing political crisis since early January, when Guaido was elected the head of the opposition-led National Assembly. After the Supreme Court annulled his election, Guaido proclaimed himself interim president, challenging Maduro, who was sworn in for a second term on 10 January.

Guaido’s move was instantly recognised by the United States and a handful of regional nations, which prompted other countries across the world to follow suit. Maduro, who blasted Guaido as a US “puppet” and accused Washington of orchestrating a coup d’etat, has largely been supported by Russia, China, Iran, Turkey, and many other countries.