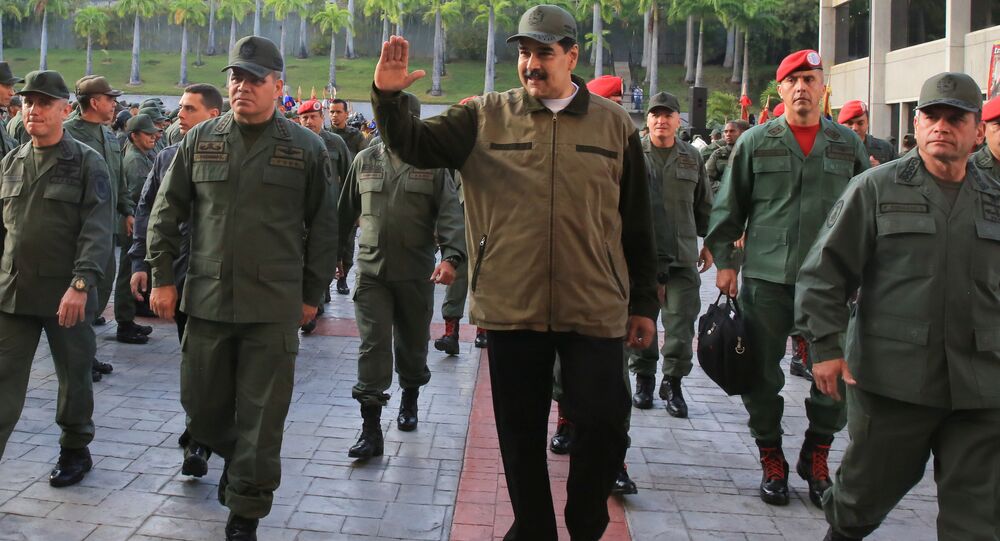 Maduro has repeatedly warned the United States against military involvement in the ongoing political crisis in Venezuela. His most recent address to the military comes on the heels of a botched coup attempt led by opposition leader Juan Guaido.

President Nicolas Maduro has called on the military to be "ready" in case the United States launches an offensive on Venezuelan soil, Agence France-Presse reported on Saturday.

Maduro told soldiers "to be ready to defend the country with weapons in hand if one day the North American empire dares to touch this land, this sacred ground," in a speech at a military base where several thousand servicemen were present.

It comes as opposition leader Juan Guaido is expected to make a fresh bid to woo the armed forces with protests at Venezuela's military bases.

The years-long political crisis in Venezuela reached boiling point this week, when Juan Guaido, the head of the opposition-held National Assembly and self-proclaimed acting president, announced what he called the final push to oust Maduro. Guaido called on civilians and military on Tuesday to join his attempted coup, saying that he had the backing of the armed forces.

However, only a small part of the military appeared to have heeded his call, and Nicolas Maduro the following day said the uprising had been a failure, pledging to resist the forces intent on "submitting our country to a neocolonial economic domination model and enslaving Venezuela".

Several media reports suggested that Maduro's allies, including Defence Minister Vladimir Padrino Lopez, had agreed to a transfer of power to Guaido after months of negotiations with US representatives. The plan is understood to have failed after Padrino Lopez had a last-minute change of heart.