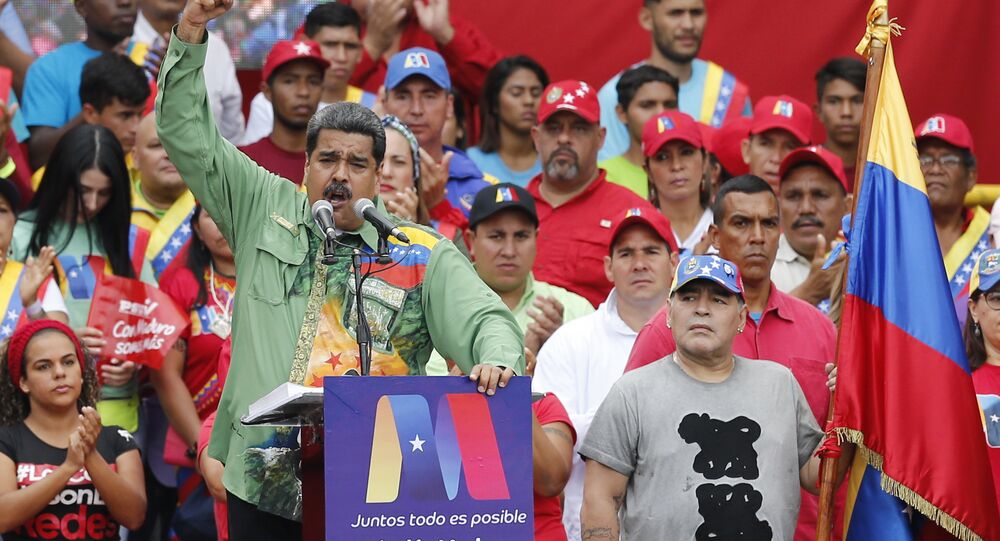 MEXICO CITY (Sputnik) – Venezuelan President Nicolas Maduro suggested that if the conflict in Venezuela had escalated and turned violent, the United States would use this massacre to launch a military intervention in the South American country.

"They [the opposition] want to lead us to a civil war. I am asking — what would happen if we sent tanks, armored vehicles and specials forces that we have? There would be a slaughter among Venezuelans and Washington would celebrate and order beginning of a military intervention in order to occupy the land of Bolivar", Maduro said in an address at a Labor Day demonstration in Caracas, as aired by a state-run TV broadcaster.

The president argued that the main goal of the opposition’s coup attempt on Tuesday was to initiate a civil war.

© Sputnik / Stringer
Venezuela's Maduro Wants to Adopt Plan to 'Correct Mistakes', Calls for Dialogue
The statement comes two days after the country’s opposition, led by Washington-backed self-proclaimed interim president Juan Guaido, initiated a fresh coup attempt in a bid to ouster Maduro from power. The government, however, subsequently said that the coup attempt had failed.