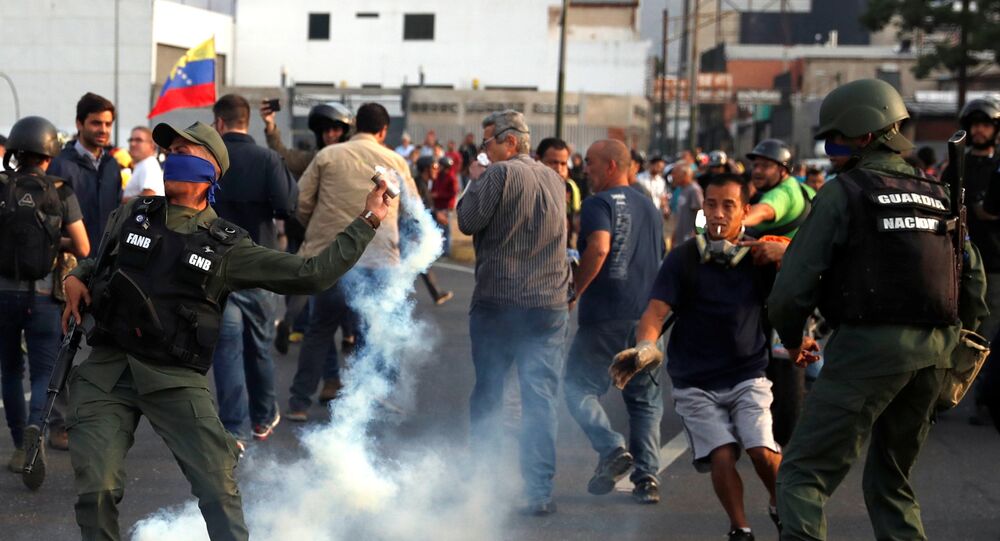 BUENOS AIRES (Sputnik) - The United States signed off on an attempted coup in Venezuela, calling on the country's armed forces to support the opposition parliament, Venezuelan Foreign Minister Jorge Arreaza said on Tuesday.

"The leaders of the coup acknowledge their unscrupulous authorship. The Trump administration in desperate to generate an internal conflict in Venezuela. Democratic institutions in Venezuela will guarantee the country's peace. #TrumpHandsOffVenezuela," the minister wrote on Twitter.

US National Security Adviser John Bolton, in his turn, said that the Venezuelan military should support the opposition-controlled National Assembly.

Large-scale protests against Maduro began in Venezuela on January 21 soon after he was sworn in for a new term. Guaido proclaimed himself an interim leader of the country. A number of Western countries, including the United States, backed his claim.

Maduro, in turn, has accused the United States of trying to orchestrate a coup in order to install Guaido and take over Venezuela’s natural resources. Russia, China, Cuba, Bolivia, Turkey and a number of other countries have voiced their support for Maduro as the only legitimate president of Venezuela.