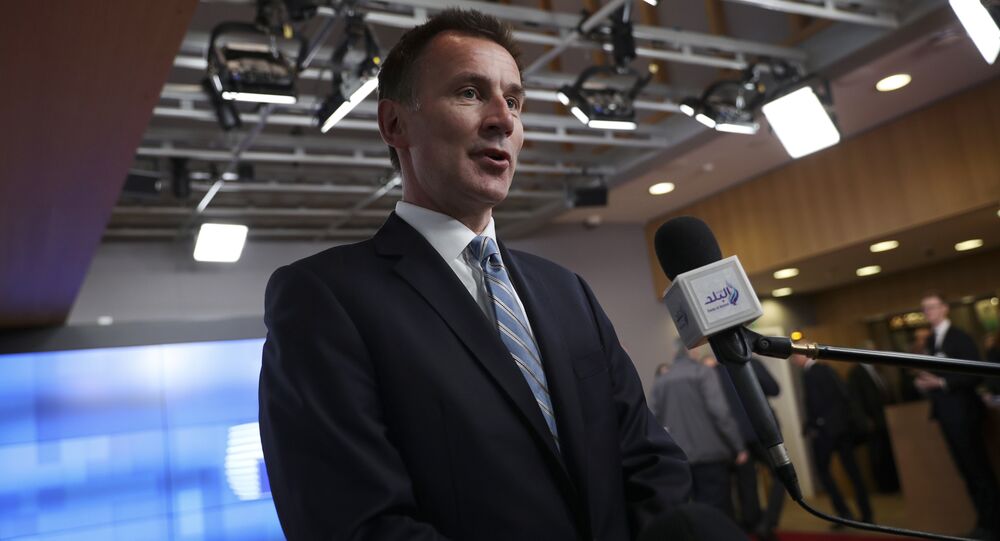 The US and several other states earlier criticised the arrival of Russian military specialists to Venezuela in March. Moscow explained that the specialists are running maintenance of the Russian military equipment in the country and are present "on an absolutely legitimate and legal basis".

UK Foreign Secretary Jeremy Hunt has criticised the arrival of Russian military specialists in the Latin American country and stated that Venezuela needs "free and fair presidential elections" instead of "Russian military deployments".

He has also expressed his discontent with the Venezuelan authorities' decision to give a green light to the continuation of a judicial investigation against opposition leader Juan Guaido overriding his parliamentary immunity.

Hunt's comments come after the arrival of Russian specialists in Venezuela, who went there to run maintenance on Russian military equipment previously supplied to the Latin American country. Russian Foreign Minister Sergei Lavrov has stated that Russian servicemen arrived in the country "on an absolutely legitimate and legal basis" in accordance with an intergovernmental agreement.

The arrival of Russian servicemen drew criticism from the US and several of its allies. The US president's National Security Advisor John Bolton has warned Russia and other states "external to the Western Hemisphere" against deploying military forces in Venezuela. Special Representative for Venezuela Elliott Abrams, for his part, has hinted at possible sanctions on Russia in light of the military specialists' arrival in Caracas saying that the "Russians will pay a price".

Venezuela has been dealing with an acute political crisis. The leader of the opposition-controlled National Assembly that all other government branches have been refusing to recognise since 2016, Juan Guaido declared himself the country's "interim president". The US and many of its allies have been quick to recognise the self-proclaimed president. At the same time, many other states, including Russia, China and Turkey, refused to do so and instead have supported constitutionally elected President Nicolas Maduro, slamming the broad western support for Guaido.