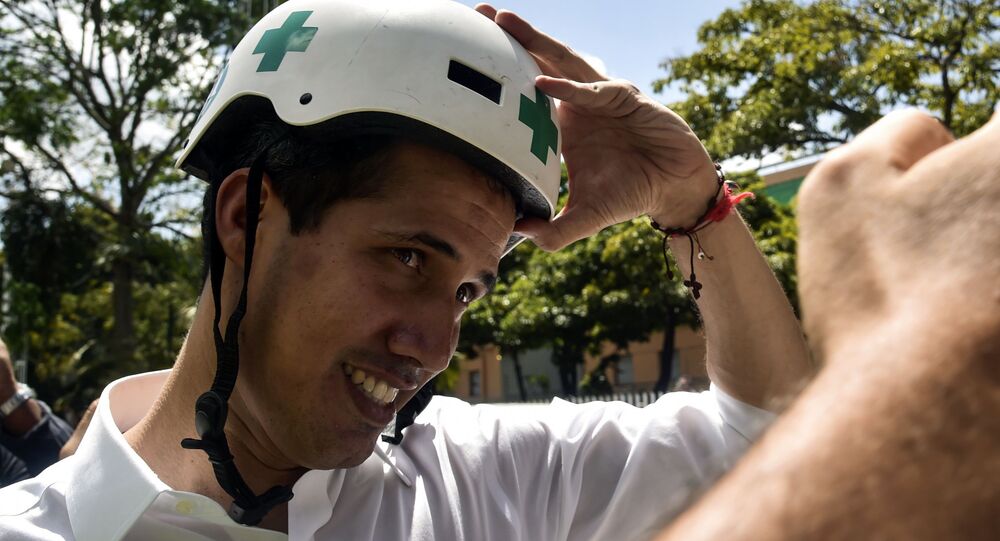 Earlier, Venezuelan Ambassador to Russia Carlos Rafael Faria Tortosa warned that US offers of humanitarian assistance to his country are just "a trap, to be followed by a military invasion."

Venezuelan opposition leader and self-proclaimed president Juan Guaido will personally accompany a convoy of humanitarian aid currently stationed at the Colombian border as it makes its way into Venezuela on Saturday, Reuters has reported.

According to fellow opposition lawmaker and Guaido ally Edgar Zambrano, the opposition plans to bring the aid in by land and sea to alleviate shortages of food and medicine.

"We will go around the circumstances that arise along the way…constitution in hand, accompanying Guaido," Zambrano vowed, speaking in a square in eastern Caracas on Thursday.

It remains unclear just how Guaido and his fellow opposition leaders plan to pass into Venezuela, with the country's military declaring Tuesday that it would be "on alert" for any violations of Venezuela's territorial integrity amid plans by opposition-backed groups to bring humanitarian assistance into the country.

© REUTERS / Jorge Silva
Tankers Pile Up in Gulf of Mexico Due to US Sanctions on Venezuelan Oil – Report
The Venezuelan government has described Mr Guaido's presidential claims as an attempted coup d'état, and blasted Washington over its talk about bringing millions of dollars of humanitarian aid into the country while freezing billions in Venezuelan assets abroad and funding the opposition via a special account using oil money from the country's state-owned PDVSA oil company.

Earlier, Venezuelan President Nicolas Maduro warned that the US and its allies were using "the pretext of delivering humanitarian aid" to try to "destroy the independence and sovereignty of the country." Caracas would not allow such aid into the country, Maduro said, saying the country was coping with its difficulties and that US 'concerns' over Venezuela's humanitarian crisis were "fabricated by Washington over the last four years to justify intervening in our country."

The long-running crisis in Venezuela escalated late last month, after Guaido, leader of the semi-defunct opposition-controlled National Assembly, declared himself interim president pending snap elections. The US, Canada, and numerous US allies in Latin America and Europe rushed to support Guiado, while Russia, China, Iran, Cuba, Nicaragua, Turkey, Syria and others voiced their support for the Maduro government, and urged outside powers not to interfere in the Latin American country's internal affairs.