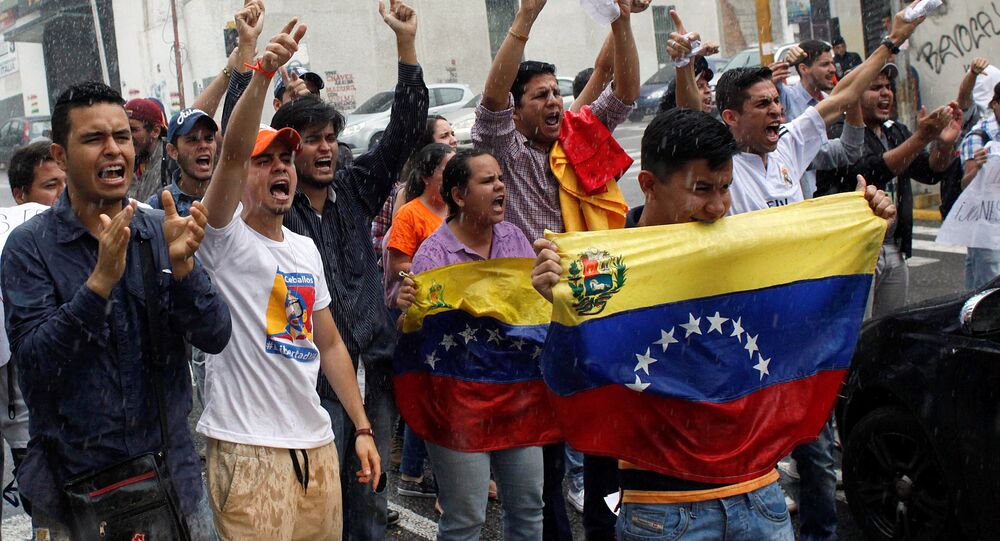 Washington vowed to send humanitarian relief to the crisis-struck South American country following its recognition of self-proclaimed interim President Juan Guaido, while Venezuelan President Nicolas Maduro has called it a "political stunt" and a pretext for invasion.

"The Venezuelan people desperately need humanitarian aid", Pompeo said via Twitter. "The US and other countries are trying to help, but Venezuela's military under [Venezuelan President Nicolas] Maduro's orders is blocking aid with trucks and shipping tankers".

He went on to state that Maduro must allow humanitarian aid to reach the people of Venezuela.

© AFP 2020 / Juan Barreto
Venezuelan Oil Giant PDVSA to Redirect Exports to Customers in Europe and Asia - Envoy to OPEC
On 4 February, the administration of Juan Guaido, the self-proclaimed interim president of Venezuela, said that they would hold an international conference in Washington on February 14 to seek emergency humanitarian assistance.

Guaido proclaimed himself Venezuela's interim president in January, and was immediately recognised by the US, Canada, and several other countries. Maduro has meanwhile called him a US "puppet" and accused Washington, which has stated that it has all options on the table with regard to a response to the crisis, of organising a coup in the Latin American country.

Italy Against Any Foreign Interference in Venezuela’s Affairs - Deputy FM