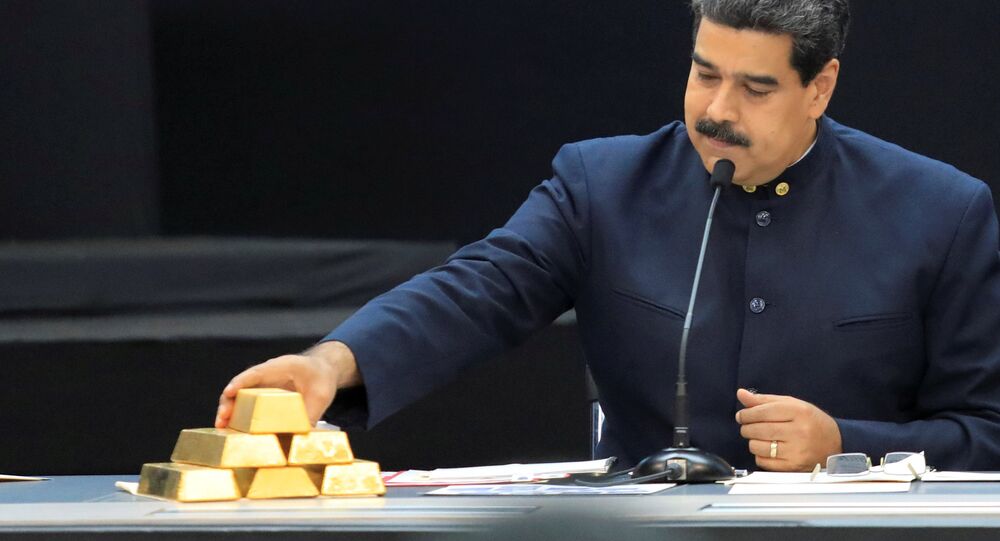 MEXICO CITY (Sputnik) - Venezuela and Turkey have agreed to cooperate in defense, mining and oil production. According to the VTV broadcaster, the cooperation agreements were signed at the bilateral business forum in Caracas.

© CC0
Venezuelan Opposition Urges Bank of England not to Return Gold to Maduro
Nicolas Maduro has also said that the country had the right to sell its gold as it deemed proper amid prospective US sanctions on Venezuela's gold reserve.

"Venezuela has the right to sell what it produces. We are moving forward with the plan on gold output as the new source of prosperity," the Union broadcaster cited Maduro as saying after the meeting with Turkish President Recep Tayyip Erdogan.

Media reported last month that Maduro intended to repatriate $550 million worth of gold kept in the Bank of England over concerns that it could be confiscated under the US sanctions. The transfer was delayed, however, due to difficulties in securing the insurance for the valuable cargo.

© REUTERS / Carlos Garcia Rawlins
US Preparing to List Venezuela as State Sponsor of Terrorism - Reports
Venezuela stopped sending its gold to Switzerland for processing last year to circumvent EU sanctions and turned to Turkey for the purpose.

On November 1, US President Donald Trump ordered sanctions on Venezuela's gold reserve. According to the US administration, Washington was seeking to prevent the Venezuelan authorities from plundering the country's property and harm Venezuela's infrastructure and environment.

'It's Not the 80s Now': US Unlikely to Invade Venezuela - Professor