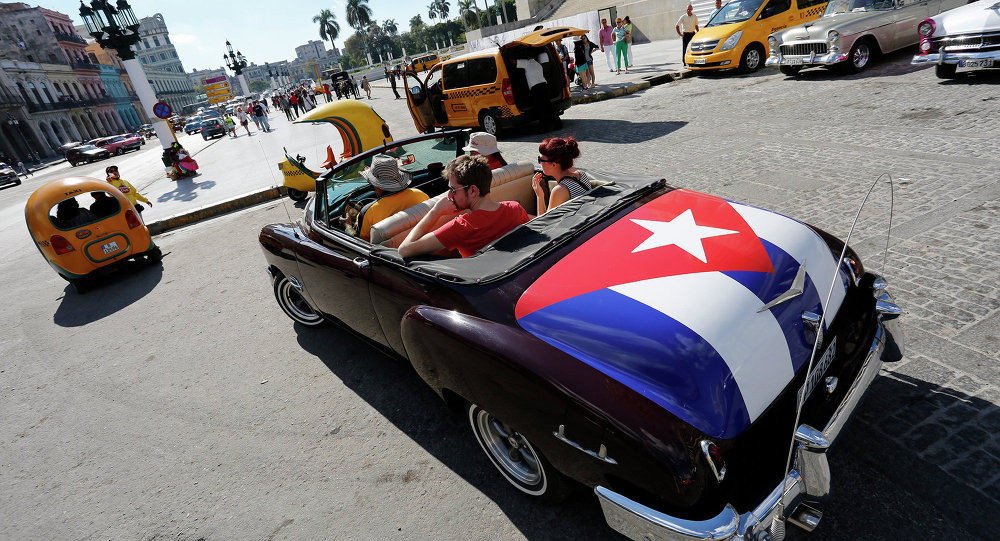 A senior Cuban official says the country is looking closely at the Special Purpose Vehicle the EU is creating for Iran, because Havana may benefit from a similar mechanism.

Cuba is watching closely the development of the Special Purpose Vehicle (SPV), which the EU is crafting to circumvent US sanctions on Iran, senior Cuban foreign ministry official Rodolfo Reyes said in an interview with AFP. According to Reyes, Cuba thinks a similar mechanism might be created in the future for Havana to avoid the US embargo on the island.

"There was a mention of this instrument, and we of course also raised the interest that we would have in any solution of this kind that would allow European companies to become increasingly involved in foreign investment and bilateral trade with Cuba," Reyes told AFP.

© AP Photo / Jorge Rey
'Unscientific Fiction': Moscow Denies Plans to Reopen Military Bases in Cuba
The SPV is intended as a countermeasure to US-imposed sanctions on Iran, allowing the EU and other countries to match Iranian oil exports to goods Tehran imports, effectively creating an international barter exchange system by utilizing virtual "credits" instead of US dollars.

Cuba is in a very similar position, still suffering from the comprehensive trade embargo imposed on it by the US back in 1960s. The embargo remains in place, despite the fact that relations between Havana and Washington are much warmer now than during the Cold War period.

The first wave of US sanctions on Iran were enacted in August of this year, but the SPV's creation remains bogged down with technicalities. Some experts have expressed their scepticism over the effectiveness of such an institution.

Many major international companies have announced they are pulling out of Iran, and on November 5 the US introduced a fresh set of sanctions aimed at isolating Iran's banks from international finance and slashing its oil exports, AFP reports.