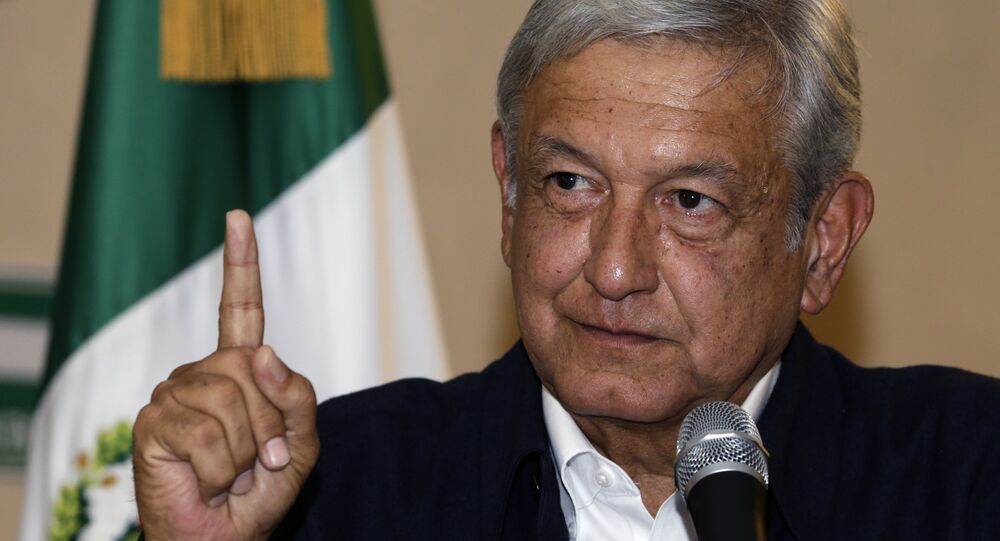 Obrador spoke with the Televisa news network and also commented about his talk with Trump on Twitter.

"Donald Trump called me and we had a thirty minute conversation," he tweeted.

"I offered to study a comprehensive agreement, development projects, which create jobs in Mexico, and with this — decrease migration and strengthen security," the tweet read in Spanish.

Obrador also noted that the conversation went in a respectful tone.

"We are not going to fight. We are always going to seek for there to be an agreement. […] We are going to extend our frank hand to seek a relation of friendship — I repeat, of cooperation with the United States," he added.

This is a surprising change in tone for Amero-Mexican dialogue, which has become acerbic ever since Trump came into office in early 2017 and famously pledged not only to build a border wall between them, but also to make Mexico pay for it. During his election campaign, Trump denigrated Mexicans as rapists and criminals, and accused Mexico of "not sending their best" to the US.

© AP Photo / Moises Castillo
Reports Show Lopez Obrador With Landlside Win in Mexico Election
Obrador has managed to achieve an agreement with business leaders who have opposed him for years, now pledging to support him in loyal opposition, AP reported Monday. According to AP, they found common ground with Obrador in combating the enormous problem of bribery and corruption in Mexico.

Obrador also hinted at the possibility of negotiation with drug cartels. Conflict between the Mexican state and the heavily armed cartels has claimed over 200,000 Mexican lives over the past 12 years.

"We'll propose it. I'm analyzing it. What I can say is that we will leave no issue without discussion if it has to do with peace and tranquility," Obrador said last weekend.

While many criticized Obrador for this idea, others mused that fresh ideas couldn't be worse than the old policy, which accomplished nothing.

"For 12 years our country has undergone thousands of cycles of vengeance. It's not a bad thing to sit back and think about how more soldiers and more war will only perpetuate this," said academic Andrés Lajous, according to the Guardian.