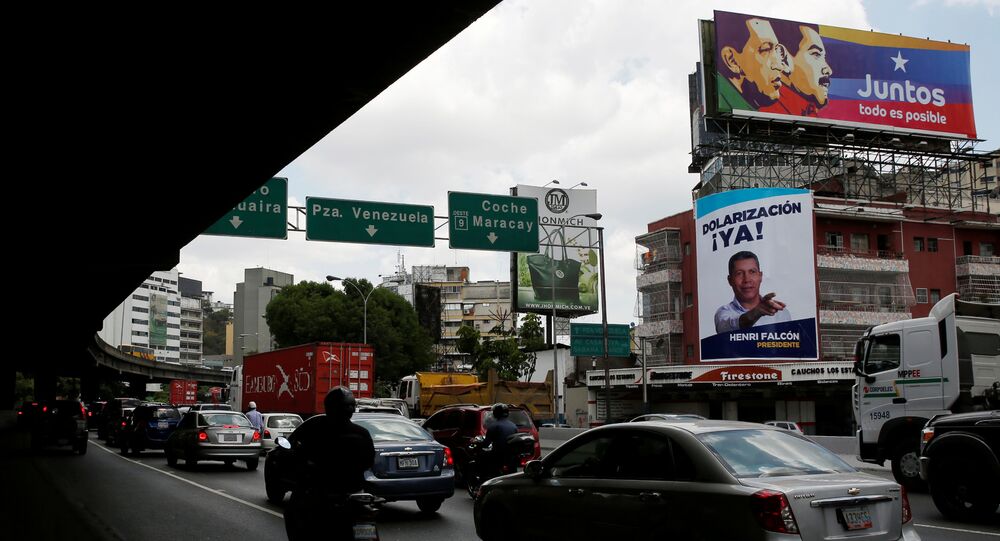 MEXICO CITY (Sputnik) - The Venezuelan National Commission of Telecommunications launched an investigation into a news outlet Nacional over stories challenging the authorities' legitimacy, according to the watchdog's statement.

"The National Commission of Telecommunications announced on May 22, 2018 that an administrative punishment process against Nacional Web digital outlet was launched over an alleged failure to comply with Article 27 of the law on social responsibility on the radio, television and digital media," the watchdog said in a statement.

© REUTERS / Carlos Garcia Rawlins
Caracas Slams New US Anti-Venezuela Sanctions as 'Crime Against Humanity'
According to the commission, Nacional violated the law "through publishing stories that do not recognize the legitimate authorities and incite hatred."

The outlet is facing a hefty fine or even closure if the commission finds it guilty.

On Sunday, incumbent Venezuelan President Nicolas Maduro was re-elected. However, the country's opposition has refused to recognize the outcome of the election. According to the National Electoral Council, Maduro has secured 68 percent of votes, with slightly over 46-percent voter turnout.

A number of countries, including the United States and Canada, have refused to recognize Maduro's victory in the presidential election.