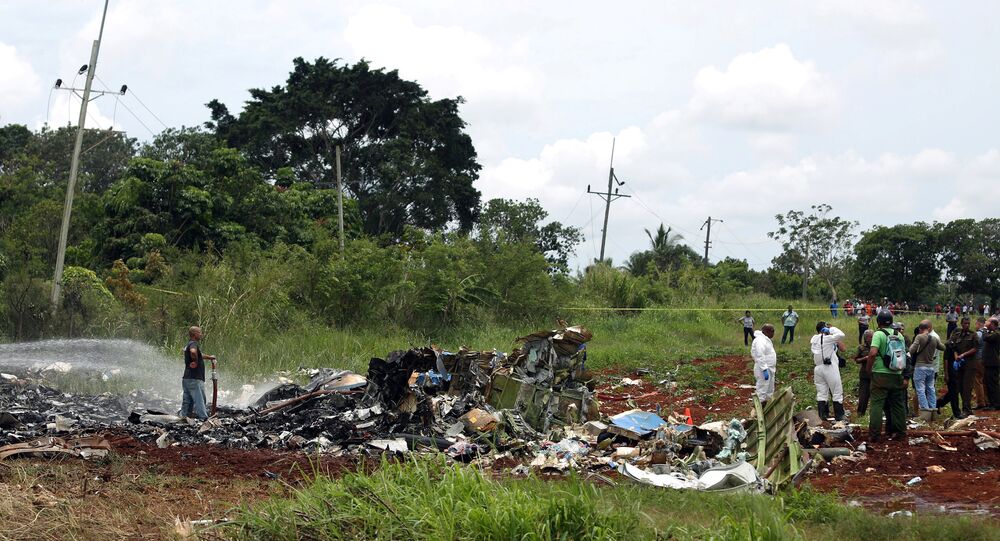 One of the three people that survived the crash of Boeing 737 plane in Cuba passed away, media reports said. 23-year-old Grettel Landrove died on Monday, the EFE news agency reported, citing sources within the hospital.

Meanwhile, Mexican authorities will probe into Aerolineas Damojh company that rented out the Boeing 737 plane, which crashed in Cuba on Friday, the Directorate General of Civil Aviation said in a statement.

© REUTERS / Marcelino Vázquez Hernández/ACN
Survivors of Cuba Plane Crash Remain in Serious But Stable Condition - Hospital
"Following the plane crash, which occurred on May 18, Damojh has been informed about the beginning of a large-scale extraordinary audit… The company has been informed that its activities will be suspended for the duration of the audit," the statement, issued Monday, said.

According to media reports, the plane leased from Damojh was staffed by Mexican pilots. The passenger jet crashed on Friday soon after its take-off from Havana, killing almost all of 113 passengers and crew on board.