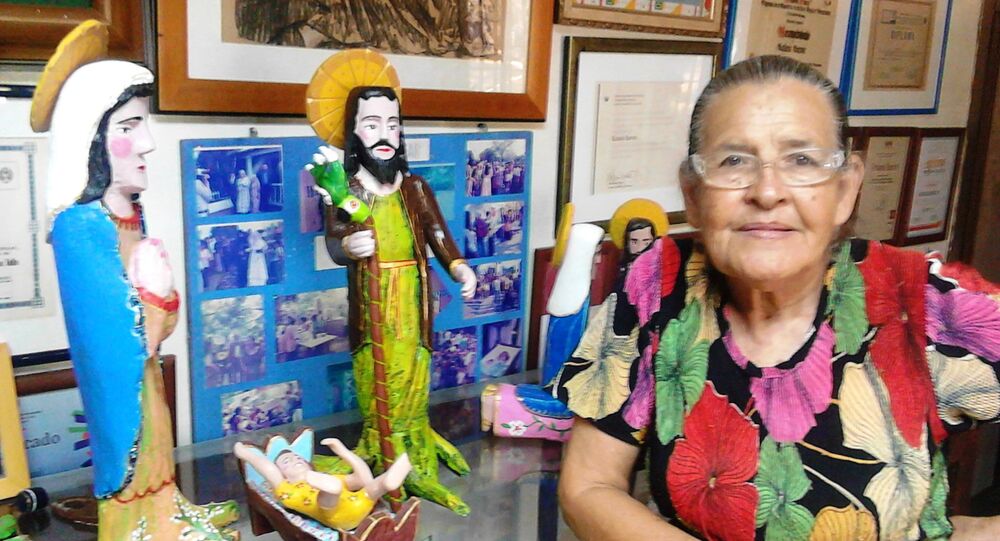 How to Knock Down Death: Venezuelan Lady’s Double Comeback From the Other World

Meet Rafaela Baroni, a living legend from Betijoque, a small Venezuelan village. She is notably a foreseer, mid-wife, sculptor, artist, poet and even a nurse. However, she is well-known across her home country for having accomplished something that would seem impossible by definition – that is, rise from the dead, on two occasions.

Sputnik spoke to 83-year-old Rafaela about her incredible rendez-vous with death.

Rafaela "died" for the first time at age 11. Her mother spotted her lying motionless, with no traces of life. In the nearest hospital she was diagnosed to be dead and the family started preparing for a funeral. Rafaela claimed she was conscious, though, and could hear and see.

READ MORE: The Adverts That Won't Go Away: The Weird and Wonderful World of 'Ghost Signs'

"I was delighted to see my granddads and grandmoms, but I felt sad as they were going to bury me alive. However loud my shouts were, nobody heard me,"  Rafaela recollected.

She woke up merely seconds before she was due to be buried.

"I was taken to hospital, where I lay in coma for 19 days before being finally diagnosed as dead <…> We headed for the cemetery, and when they were about to  lay me to rest, somebody suddenly remembered that the documents had been left in Boconó [a city in the Venezuelan Andean state of Trujillo]. And they couldn’t bury me without them. So, I was taken to the morgue and they accidently noticed my body making moves. I remember somebody shouting out: 'Noooo, senhora hasn’t died!'"

The Venezuelan woman is widely known all throughout the South American country not only due to the miraculous encounters with death, but thanks to her multiple works of art, inspired by religious subjects  and her revival, as well as her ability to cure people and tell their fortunes.

Baroni notably met Hugo Chavez on more than one occasion, before and after he was elected Venezuela's President.

"I met him in Barinas [city in west central Venezuela], when he was a little boy and sold cocadu (a coconut drink popular in Venezuela). He was very modest and easy-going."