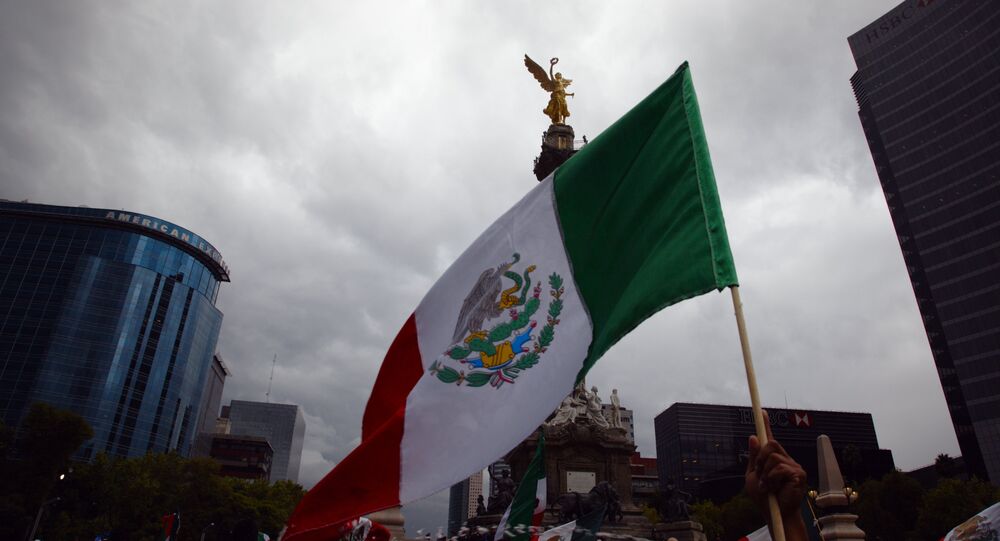 “The network is called #Verificado 2018, it is created to withstand the phenomenon of fake, inaccurate and malicious news, to verify information spread on the Internet and social networks, to establish whether it is true or not,” Aldana said.

According to Aldana, Facebook is also engaged in the MCCI’s project. The social media giant will inform MCCI of the most socially significant materials related to elections in order to verify them.

© AFP 2021 / Luis Acosta
US Senators Urge to Prevent Alleged 'Russian Meddling' in Mexico's Election
Furthermore, the initiative has been supported by such organizations as Google News Lab, Open Society, Oxfam and Twitter.

The #Verificado 2018 hashtag is already being used on Twitter. It has helped to identify several "fake" materials, in particular, the ones about the alleged statement of Venezuelan President Nicolas Maduro about his support for left-wing candidate Andres Manuel Lopez Obrador.

Mexico's general election is scheduled for July 1. In December, US National Security Adviser Herbert McMaster said that the United States saw the first signs of "Russian intervention" in the upcoming vote. Russia has repeatedly denied such accusations.