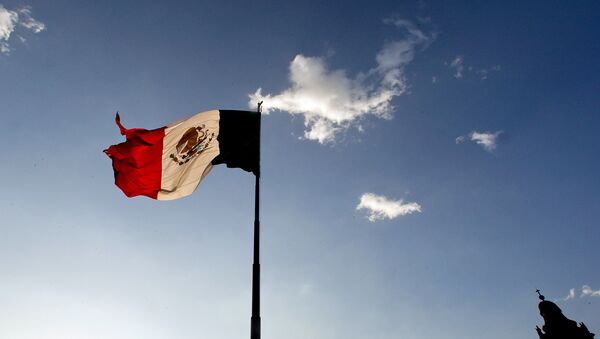 WASHINGTON (Sputnik) – The Trump administration should take steps to deter alleged Russian interference in the upcoming presidential election in Mexico and other parts of the Western Hemisphere, US Senators Tim Kaine, Marco Rubio and Robert Menendez said in a letter to Secretary of State Rex Tillerson and USAID Administrator Mark Green.

"We are deeply troubled by recent news articles that Russia is reportedly using sophisticated technology to meddle in Mexico’s upcoming election," the letter said on Wednesday. "As such, we believe it is critical that USAID continue to play an active role in providing technical assistance, education and training to support countries’ efforts to strengthen electoral systems."

The lawmakers fear Russia’s alleged actions in the region will cause instability, especially as six contentious presidential elections will take place this year in the Western Hemisphere, including in Brazil and Colombia, the letter said.

Russia has faced numerous accusations of meddling in elections since the 2016 US presidential vote in which then-Republican candidate Donald Trump claimed victory against the odds. The US intelligence community alleged that Trump's campaign team colluded with the Kremlin to bring him victory in the election.

Russian officials have repeatedly refuted such accusations. Kremlin spokesman Dmitry Peskov has called the claims groundless. Russian Foreign Minister Sergey Lavrov has stressed that the accusations of Russia meddling in the elections of foreign states were unsubstantiated.