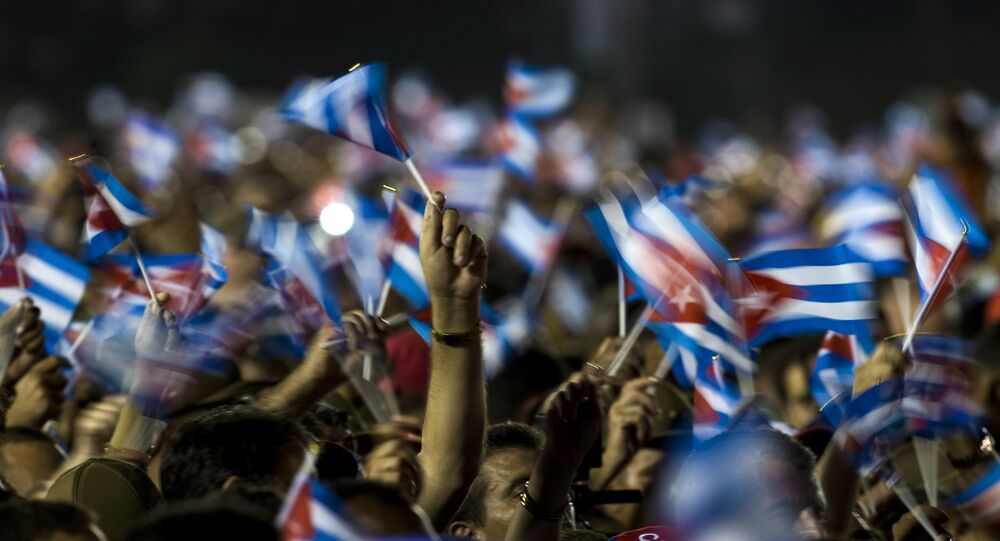 The support of EU countries for the UN General Assembly resolution condemning the US embargo against Cuba, as well as the EU-Cuba Political Dialogue and Cooperation Agreement, are signs that the EU and Cuba are fostering a closer relationship in spite of the US, political editor of the Prensa Latina news agency Nestor Marin told Sputnik.

The recent EU-Cuba Political Dialogue and Cooperation Agreement, which was provisionally applied last Wednesday, and EU countries' support for a UN General Assembly resolution condemning the US embargo on the island demonstrate that the EU is turning a page in its relationship with Cuba, political editor of the Prensa Latina news agency Nestor Marin told Sputnik Mundo.

"This is a sharp rejection of the EU's old position and runs counter to the over 50-year blockade of Cuba by the US," Marin said, noting the "overwhelming majority" of UN member states condemned Washington's policy toward the island.

The UN General Assembly vote took place on Wednesday, when 191 of 193 UN member states voted in favor of a resolution calling on the US to end its economic, commercial and financial embargo against Cuba. The US and Israel opposed the resolution; when the same resolution came before the assembly in 2016, the two countries abstained in the vote for the first time in the 25-year history of the annual review of the issue.

The document, which still needs to be ratified by all the EU member states, will put an end to Cuba's status as the only Latin American country without a bilateral agreement with the EU. It was approved by the European Parliament in July and is expected to be ratified by Europe's national parliaments over the next few months.

"One of the most important issues is that the so-called 'common position' adopted by the EU in 1996 and rejected by Havana from the outset as unilateral ' interference,' selective and "discriminatory" has come to an end," Marin said.

© REUTERS / Francois Lenoir
Cuba's Foreign Minister Bruno Rodriguez shakes hands with Slovakian Foreign Minister Miroslav Lajcak next to European Union foreign policy chief Federica Mogherini after signing a EU-Cuba Political Dialogue and Cooperation Agreement in Brussels, Belgium December 12, 2016
Between 1996 and 2016 the EU conducted its relations with Cuba in accordance with the 1996 Common Position, which linked cooperation with Cuba to "improvements in human rights and political freedom."

Nonetheless, the EU Council adopted directives for a bilateral agreement with Cuba in 2014 and in 2015 a separate dialogue on human rights was established.

"The entering into force of this Agreement turns a page and ends a period of negativity, giving rise to a new type of relationship which is now based on respect for and observance of international law," Marin declared.

Russia's Rosneft to Develop Cooperation With Cuba in Oil Production