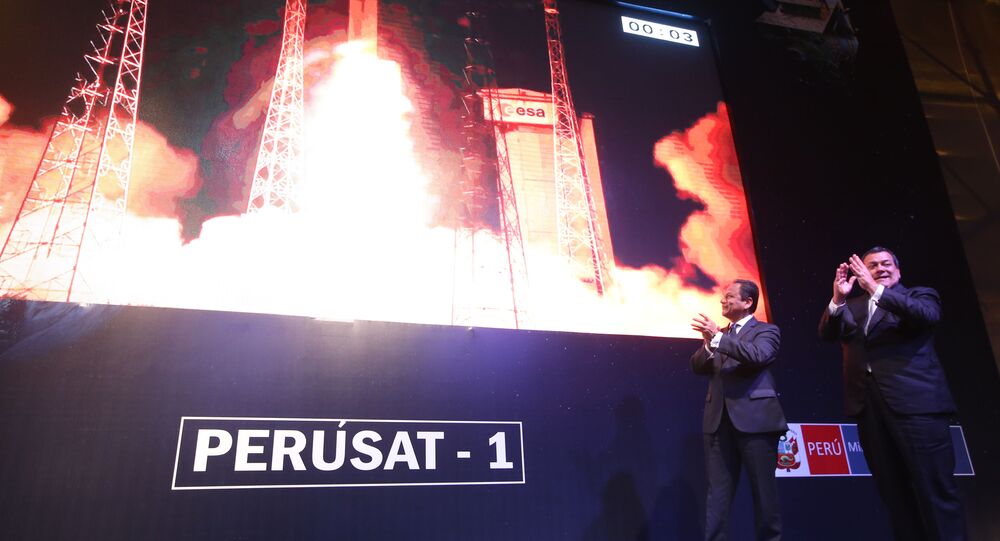 Argentina and Brazil are Latin America’s leading space-going countries, but Peru, Venezuela and Mexico are already breathing down their necks. Sputnik discussed this issue with Gustavo Henríquez director of the PerúSat-1 program that allowed Peru to orbit its first observation satellite.

© AP Photo / Andy Wong
Argentina to Welcome First Chinese Satellite Tracking Station Outside China
“Argentina and Brazil are hands down leaders here and have come a long way. The Argentines have successfully launched their first telecoms satellite, ArSat-1 [October 16, 2014] and the Brazilians are also pretty much advanced technologically thanks to their cooperation with China, mainly in the field satellite imaging,” Gustavo Henríquez said.

He added that apart from infrastructure “a critical mass of specialists and forward-looking technology experts” was a fundamental factor in the development of a country’s space industry.

Gustavo Henríquez also emphasized that Peru was now in the forefront of the international effort to improve the quality and scope of satellite imaging of the Earth.

“Our satellite is the most powerful in the region but we know that we are still years behind our regional leaders [Argentina and Brazil] in other space-related areas,” he admitted.

Gustavo Henríquez said that Latin American countries were not competing against each other.

“We are cooperating on a country-to-country basis, just like Argentina and Brazil do. But now that Peru has this major satellite in orbit we looking for avenues of cooperation with countries that are of paramount importance to us,” he continued.

Venezuela and China are now working on a new generation of telecommunications and observation satellites and Mexico  started using satellite imaging decades ago.

“The Mexicans have a station that receives images of the Earth’s surface from a number of observation satellites, and they also have telecommunications stations they obtained decades ago,” Henríquez said.

© Sputnik / Archive of the Space Research Institute
Russia Ready to Help Brazil Develop Space Centers, Rockets - Deputy PM
He added that even though Europe, North America and Asia are investing much more in space exploration, Latin America has considerably expanded its “footprint in space.”

“[The problem is] that most of the money for space exploration in Latin America comes from state coffers. We hope that our private companies will eventually join in so that we could  develop our own technology and knowhow instead of buying them abroad,” Gustavo Henríquez  emphasized.