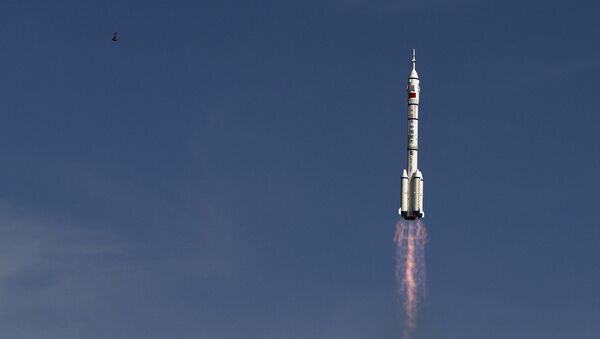 First Chinese satellite tracking station outside the country will be built in Argentina's Neuquen province, part of the Patagonia region.

China Pivots East, Ends Up in America's Backyard
MOSCOW (Sputnik) – Argentina is to become the location of the first Chinese satellite tracking station outside the country the newspaper La Manana De Cordoba reported on Thursday.

The Argentine National Congress has approved the bill ratifying economic and technological cooperation between Argentina and China, including the construction of a Chinese satellite tracking station in Argentina's Neuquen province, part of the Patagonia region.

The two nations will "work together on the development of space technology for peaceful uses and cooperate in the field of space activities for mutual benefit," the bill reads.

Science & Tech
Russia, China Discuss Technological Compatibility of Satellite Systems
The measure was passed by 133 votes to 107. The final decision was preceded by a long debate that lasted for nearly nine hours, as members of the opposition questioned the possibility of the site being used for military purposes, despite the fact that China has repeatedly stated its peaceful intentions in space.

The expected Chinese station is the first based on domestic technology to be constructed on the territory of another state. Its key target is to help China expand its space program, including Chinese lunar exploration. Beijing also promised that Argentina would get access to strategic information relating to satellite tracking.

After its first manned space flight in 2003, China has organized regular journeys into space, developing the relevant technologies and international connections. Today, China is working on reusable space transportation systems for the next generation of space travel. To this end, a prototype of the spacecraft "Shenlong" is being tested. China is also a contender to win the "lunar race," by broadening and developing its automatic Moon research program.