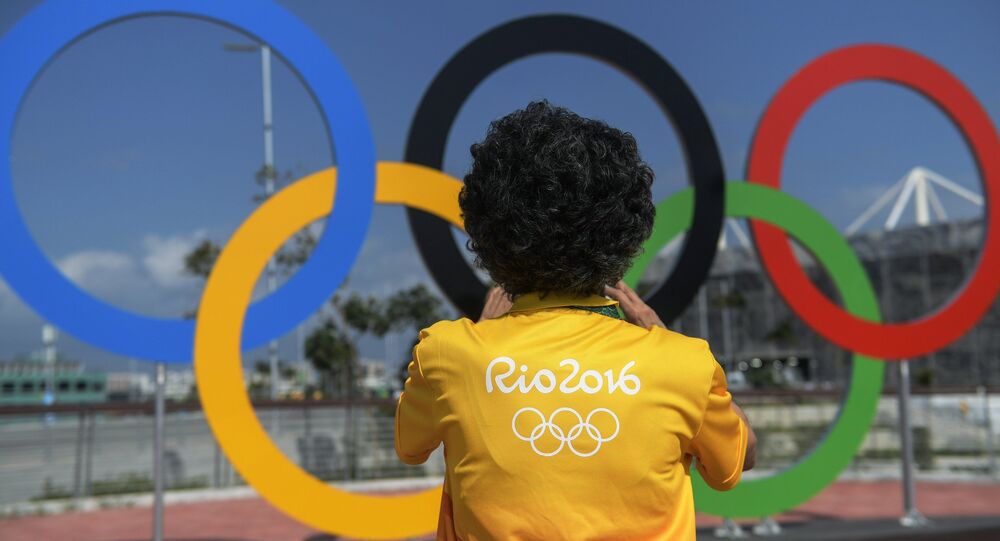 The Olympics have come to an end after two weeks of events and celebrations, which will be long remembered. Sputnik has compiled a list of athletes who have excelled in Rio and won the hearts of Brazilians, as well as of those who won’t be missed by anyone.

No doubt that the Jamaican runner, one of the biggest stars of the Olympics and of world sports, charmed all the spectators and residents of Rio not only with his achievements in the sports arena, but also thanks to his charisma and kindness. He is also very funny and absolutely everyone loves him… except his opponents, probably.

"We came, we saw, we conquered. Rio, I love you infinitely."

The young American artistic gymnast, who began her brilliant Olympic career in Rio, won everyone's hearts in addition to four gold medals and one bronze.

Couldn't be prouder of #TeamUSA. Your determination and passion inspired so many of us. You carried that flag high tonight, @Simone_Biles!

What about Michael Phelps? Having won his 23rd gold medal and becoming the most decorated Olympian of all time, he returned home and thanked the fans in Rio for the warm welcome extended to him. Despite his layoff before the games, Phelps proved yet again, exactly why he is considered the biggest star of swimming and sports for good reason.

As nice as it is to be home, I already miss the beauty of Rio and the friendliness of its people. Thank you Rio for hosting the…

Games and for making us feel so welcomed! #rio2016 #amazingolympics

Even without winning any medals, this taekwondo fighter sent the Brazilian part of the audience into raptures, becoming the darling of the Internet. Thanks to him, many Brazilian women even began to find out where on Earth the Kingdom of Tonga is located.

And now they know!! #WhereisTonga Congratulations to the best ever Tongan Olympic team! And to the beautiful people of Brazil for a Marvelous Olympics… We did it! #Mathew17:20 #Tonga #Brazil #taekwondo #wtf #fakahaapai

The beautiful star of the US women's national soccer team, Alex Morgan also returned home empty handed. Nevertheless, many Brazilian Internet users believe that she deserved a reward for her demeanor at the very least.

Really really happy for Brazil. The perfect ending to these Olympics. Congratulations @neymarjr and the entire nation of Brazil!!

​"Come back to us, Alex Morgan"

However, Morgan's teammate, goalkeeper Hope Solo definitely won't be missed by anyone. Booed at all the matches due to her poor joke about Zika and Brazil, Solo also lashed out at Sweden after getting beaten in the semi-finals.

The French record holder in the pole vault is probably also eager to forget about Brazil and to be forgotten by the Brazilians. Renaud didn't manage to withstand the pressure of the Brazilian fans. During his loss to the Brazilian competitor Thiago Braz, he involved himself with too much trash-talk and was booed by fans at the stadium and on the Internet.

"Renaud Lavillenie criticized the Brazilian fans and compared the prevailing atmosphere with fascism."

​"In my opinion, Hope Solo just called the Frenchman and said: ‘I will pay you for being a worse moron for everyone to get out of my hair. I'll pay a lot.'"

© Sputnik / Grigori Sysoyev
Record-Setting Rio: The Most Memorable Moments of This Year's Olympics
There is clearly only one winner in the category of "Biggest Loser," and no one was able to beat the anti-Olympic behavior of Ryan Lochte. After a drunken brawl at a petrol station, Ryan and some other US swimmers fabricated a story about a robbery to the police and press. Then their farce was exposed, thanks to security camera footage.

"Lies of American swimmers are in all newspapers around the world"

​"After the Games, the Americans apologized for Lochte, leaving writings on the panel at the Galeão airport"

Olympic Beauty: The Most Attractive Female Athletes of Rio Games 2016