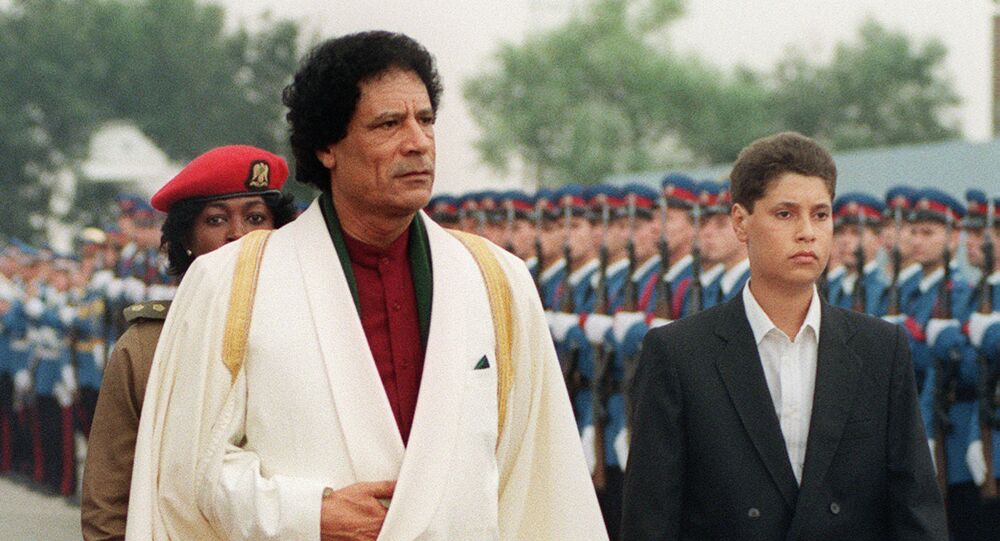 Muammar Gaddafi’s Cousin: Saif Gaddafi is the Only Candidate Who Can Lead Libya Out of Chaos

Sputnik: As far as we know, another round of inter-Libyan talks is planned, this time under the auspices of the UN in Tunisia. Are you going to take part in these talks, and will you help to resolve the Libyan crisis?

Ahmed Gaddaf al-Dam: Everything that has happened during the Libyan conflict or around it, since 2011, is a continuous attempt to plunge the country into even greater chaos and divide it. Humiliating agreements were concluded with a number of states that previously wouldn’t have dared to approach the Libyan shores; and now they seek to enter the country and dominate Africa at its expense.

I can say that these external negotiations, taking place in one or another third country, only distract from the true settlement of the conflict. A solution to the conflict should be sought within Libya. I’d like to point out that 70 per cent of Libyans are not represented at the negotiations, and those who do participate in them should be in prison.

Sputnik: Do you think Saif al-Islam Gaddafi can offer a compromise for the Libyan people? Will he run in the forthcoming presidential elections?

Ahmed Gaddaf al-Dam: Of course, Saif al-Islam will stand for the elections, since he is at present the only candidate who can offer a real plan of action and is ready to lead the country out of chaos. I’m sure that the majority of Libyans will support his candidacy. I think any citizen understands what is really happening in the country’s political arena.

Sputnik: Do you keep in touch with any international organisations, in particular, with the UN?

Ahmed Gaddaf al-Dam: Some organisations are trying to establish a dialogue with us, but they do it rather hesitantly. As for those who have applied for foreign military assistance, they can be called traitors: we would never do such a thing. They let robbers and invaders into the country, destroyed Libya for their own benefit. They should be tried for high treason.

Sputnik: What’s your take on former US Secretary of State Hillary Clinton’s leaked emails on the Libyan question?

Ahmed Gaddaf al-Dam: We are now calling on the US authorities to investigate what has happened, we are also calling to the world community to investigate the legality of all UN resolutions on Libya, adopted at America's instigation. The conspiracy against the Libyan people is finally becoming evident.

Sputnik: Are you preparing to file lawsuits against Clinton? If so, where to?

Ahmed Gaddaf al-Dam: We will file a claim to the American courts. At the same time, it’s obvious that no legal process will bring back either dead citizens or a normally functioning state. We just want everyone to know how cynically they treated our country, and that NATO and the UN Security Council were involved in this murder. We also demand an apology and compensation for what happened in 2011: all the documents have been made public, there is nothing more to hide. The world has the right to know the truth.

Sputnik: Was the Front [Popular Front for the Liberation of Libya, led by Saif al-Islam] invited to take part in the Tunisia talks?

Ahmed Gaddaf al-Dam: We would be ready to participate in any negotiations so that we could not be accused of unwillingness to compromise and solve problems. But, unfortunately, the world community is at present not ready to talk to those who are really trying to solve the country’s problems. I can assure you that we are working to unite the parliament and internal institutions. We’ve come a long way on this matter, and we’ll soon be ready to publish the results.

Sputnik: Why is Saif al-Islam still passive in the political arena?

Ahmed Gaddaf al-Dam: In some cases, silence is the most eloquent speech. Saif al-Islam moves freely around the country, communicating with the representatives of various tribes.

Libya is currently occupied: entering the same political arena with collaborators is pointless. He will definitely come out when the time comes.

Sputnik: What do you think of the neighbouring countries’ position on the Libyan crisis?

Ahmed Gaddaf al-Dam: If a summit were held between Egypt, Algeria and Tunisia, they could resolve the crisis. However, they have conceded their rights as intermediaries to completely different players.

Sputnik: How do you assess the chances of turning Sirte and Jufra into a green zone?

Ahmed Gaddaf al-Dam: This project has been developing since 2013; it demonstrates very clearly why our country was destroyed. The point is that the so-called green zone is protected by American or other foreign bases. Moreover, it is in this region that the largest oil and gas fields are located, which means nothing more than complete control over the Libyan state and its natural resources. Of course, this is a direct occupation. We have always opposed this.