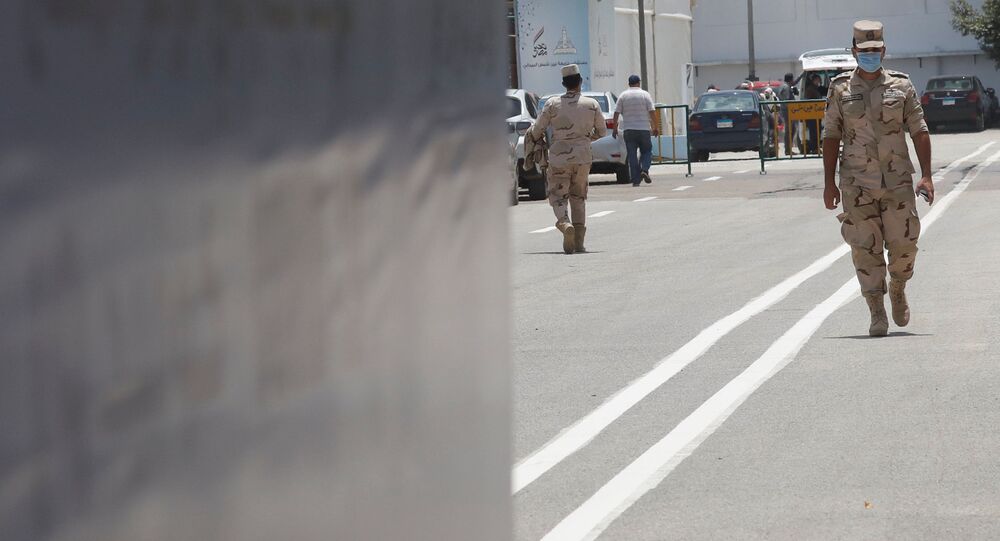 CAIRO (Sputnik) - The eastern-based Libyan parliament, which supports the Libyan National Army (LNA), has given go-ahead to the Egyptian armed forces to intervene in the Libyan conflict.

In early June, Egypt put forward the Cairo peace initiative, outlining a path for a political settlement in Libya and calling for warring parties to cease fire since 8 June. The proposal was welcomed by the Arab League, Russia, Saudi Arabia and the United Arab Emirates, but was rejected by the Government of National Accord (GNA) and Turkey.

"We call for joint efforts between the two brotherly nations – Libya and Egypt – in order to defeat the occupier and maintain our common security and stability in our country and region," the statement read.

It added that the parliament "welcomes the words of the Egyptian President, spoken in the presence of representatives of Libyan tribes."

"The Egyptian armed forces have the right to intervene to protect Libyan and Egyptian national security if they see an imminent threat to the security of our two countries," the statement added.

Last week Egyptian armed forces conducted an exercise near Libya's border. The drills, codenamed Resolve 2020, took place in the northwestern district of Qabr Gabis, some 37 miles (60 kilometres) away from the Libyan border.

Libya has been suffering from internal conflict since its long-time leader Muammar Gaddafi was overthrown and killed in 2011. At the moment, the east of the country is ruled by the parliament, while the west is controlled by the Tripoli-based Government of GNA, which was formed with the help of the United Nations and the European Union. The authorities in the east cooperate with the LNA, which has been attempting to take control of Tripoli.