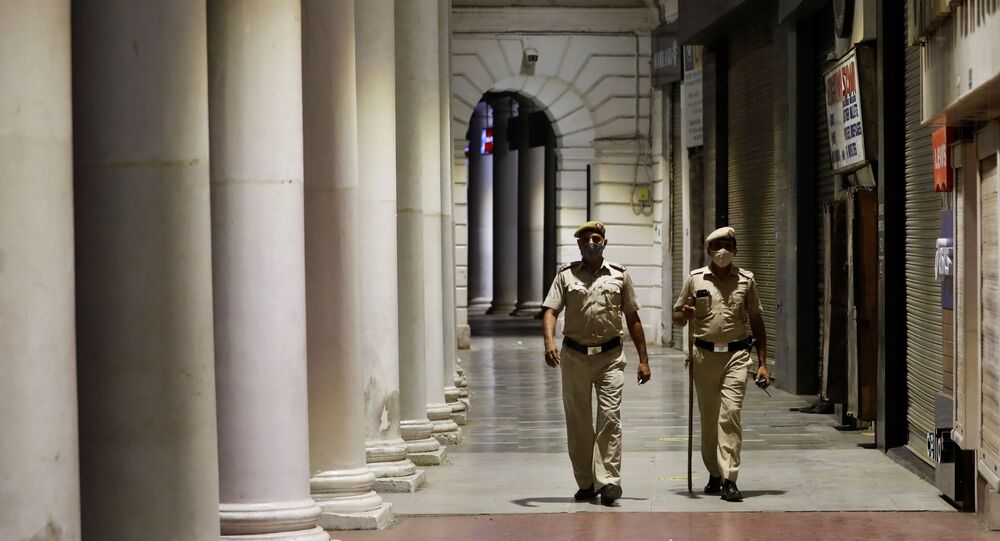 The Uttar Pradesh Anti-Terrorist Squad (ATS) claims that on Sunday it arrested two people linked to the Al Qaeda terrorist group, from the Kakori area of Lucknow city. According to the Uttar Pradesh Police, guns and explosives such as pressure cooker bombs were recovered.

The arrest of the two operatives linked to the Al-Qaeda terrorist group in India’s Uttar Pradesh has surprisingly provoked a political row in the north-eastern state, where elections for the legislative assembly are due to be held in a few months.

Rather than applauding the arrest, two former state chiefs and opposition leaders have expressed their doubts, suggesting that the whole incident was manufactured.

Former chief of Uttar Pradesh and leader of the Samajwadi Party, Akhilesh Yadav, voiced his scepticism of anything to do with the governing Bharatiya Janata Party (BJP).

Bahujan Samaj Party (BSP) chief, Mayawati, expressed similar doubts and said that the arrest of two people for allegedly plotting terror attacks, months ahead of elections to the State Assembly has created suspicion in the public's mind about politics.

"This type of action only when the Uttar Pradesh Assembly elections are approaching creates doubts in the minds of the people. If there is any truth behind these activities then why have the police remained unaware of it for so long?" Mayawati asked in a series of tweets in Hindi.

​She also said that if these individuals were actually plotting some terror act, it is a serious matter and proper action must be taken under law. But no one should make political capital out of it.

In response, the BJP leader in Uttar Pradesh, Swatantra Kumar, asked whose side Akhilesh Yadav was on. "For which country are you batting? This question is in everyone's mind today," he said.

"Instead of taking pride in this success, the former chief minister has humiliated the Uttar Pradesh Police by raising questions. [Akhilesh Yadav] should tell whether the security of the country is important to him or the politics of appeasement," he added.

BJP’s IT cell leader, Amit Malviya, tweeted: "First, Akhilesh had doubts about the vaccine; now he says he can’t trust Uttar Pradesh police action against terrorists. When you don't trust anyone, why do you want to fight the election? It would be better to sit at home."

​According to the State’s Anti-Terrorist Squad, the arrested men - named Minaz Ahmad and Maseeruddin - are residents of Lucknow and were plotting terror attacks across Uttar Pradesh ahead of India's Independence Day (15 August).