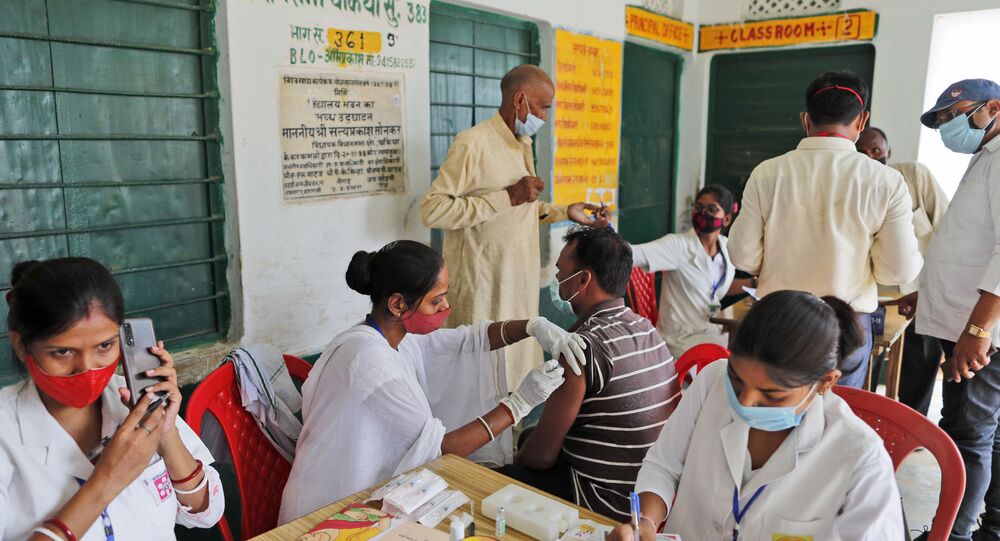 India is still struggling hard to contain the spread of COVID-19 which has been ravaging the country. As medics in Uttar Pradesh state try to assess how great an effect the Delta Plus mutation of the virus is likely to have, they have been presented with a whole new worry - the Kappa variant which has already left one dead in the state.

Two cases of the COVID-19 Kappa variant have been reported in India’s Uttar Pradesh state. They were detected after genome sequencing of 109 samples at a hospital confirmed that 107 samples carried the highly infectious Delta variant and two carried the “Kappa” mutation.

The cases were identified at the King George's Medical University (KGMU) hospital in Lucknow. One of the two who was suffering from the Kappa variant has already died at the age of 66.

Genome sequencing is a laboratory process which enables mutations to be recognised and outbreaks to be tracked.

A sample from the man who lived in the Sant Kabir Nagar district, was taken on 13 June and was sent to the Institute of Genomics and Integrative Biology at the Council of Scientific & Industrial Research (CSIR) in Delhi, which confirmed the Kappa mutation.

Dr Amresh Kumar Singh, head of the Microbiology Department at Baba Raghav Das Medical College in Uttar Pradesh's Gorakhpur District, told Sputnik: “The patient tested positive for COVID on 27 May and was brought to the medical college on 12 June.

“The patient died while being treated on 14 June and he had no travel history,” Dr Singh added.

Two cases of Delta Plus were also reported for the first time in the state earlier this week.

Asked about the impact of the Kappa variant, Dr Singh said: “This can be just as damaging as the Delta variant since this is from the same family of viruses.”

The World Health Organization (WHO) has turned to the Greek alphabet as it names each new mutation. B.1.617.2 was originally known as the Indian variant but some balked at that, so it has been renamed the Delta variant and the virus with a unique mutation is Delta Plus. Since then, other variants, known as variants of concern, have followed suit - hence B.1.617.1 is the Kappa variant.

The Kappa variant is a double mutation strain of the COVID-19 that has raised red flags and prompted global gene surveillance to check for its prevalence and spread.

Kappa variant symptoms are similar to the initial symptoms of measles that appear within 1 or 2 days of having contracted the illness. However, there is no skin disorder.

The rate at which the Kappa variant can be transmitted has yet to be discovered as there are not many cases. But initial tests show it is not much different from Delta.

Too Early to Say Whether New Mutant Variant 'Delta Plus' is Cause For Concern, Says Expert

Amid COVID Pandemic, Zika Virus Gains Traction in India With Over a Dozen Cases Registered in Kerala