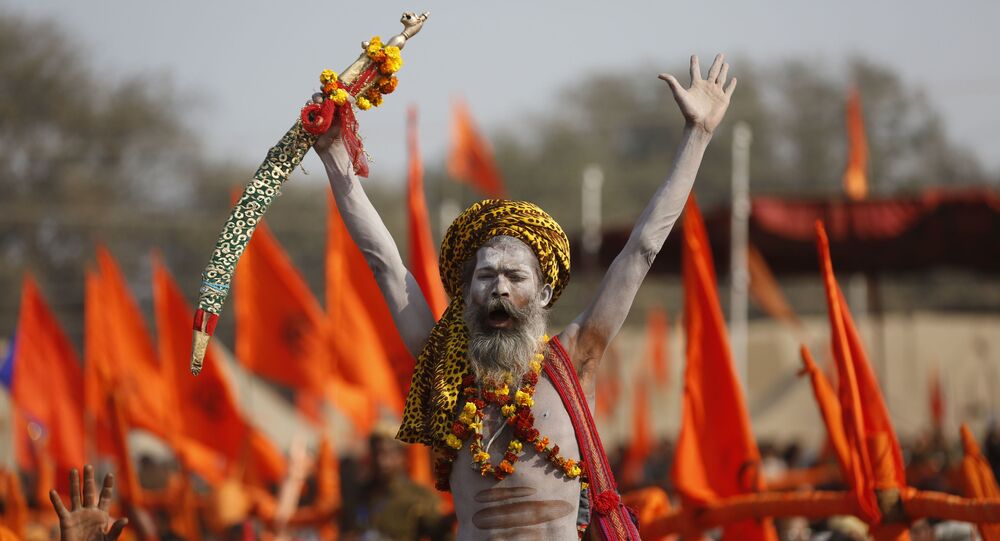 Founded in 1964, the VHP's aim is to consolidate Hindu society and to serve and protect the Hindu Dharma (religion). It was established to build and renovate Hindu temples, and deal with matters linked to cow slaughter and religious conversion.

The draft of the bill, put forth by the Law Commission of India’s Uttar Pradesh state, aims to bar anyone with more than two kids from availing benefits of government schemes and from contesting local polls. The commission has invited public suggestions on the bill until 19 July.

After being opened up to public opinion, the draft law is likely to be presented in the same or revised form to the state authorities for tabling in the legislative assembly for approval.

Talking to Sputnik on Monday, VHP’s International President Alok Kumar said: “We support the bill as it talks about stabilising the population. But it should be kept in mind that population growth should not be negative. We don’t support the provisions like incentivising couples with one child and bringing down the fertility rate to 1.7 percent. We don’t want the population of India to decrease,” he added.

He also said that VHP has submitted a formal objection to the Law Commission of the State on Monday (12 July).

VHP suggests UP Law commission to delete one child norm from the draft population policy.. pic.twitter.com/YRcd9XsenS

The opposition parties in the state have also objected the proposed legislation as they say the BJP government is diverting public attention from the real issues.

“Both, the state as well as the federal BJP government, are only busy diverting the people from real issues by bringing arbitrary Bills one after another,” Naved Siddiqui, the national spokesperson of the Samajwadi Party, the main opposition party in Uttar Pradesh, told Sputnik. “The government has failed to fulfil the promises made to the public. By bringing this bill it has accepted its failure for not being able to carry out the development in the State."

Uttar Pradesh has 200 million people, constituting almost a sixth of India’s overall population, according to the last federal census carried out in 2011.

Significantly, the draft law calls for monetary rewards for men or women who choose to undergo “voluntary sterilisation” after bearing just one child.

India's Most Populous State Could Punish Couples For Having Over 2 Kids, Reward for Sterilisation