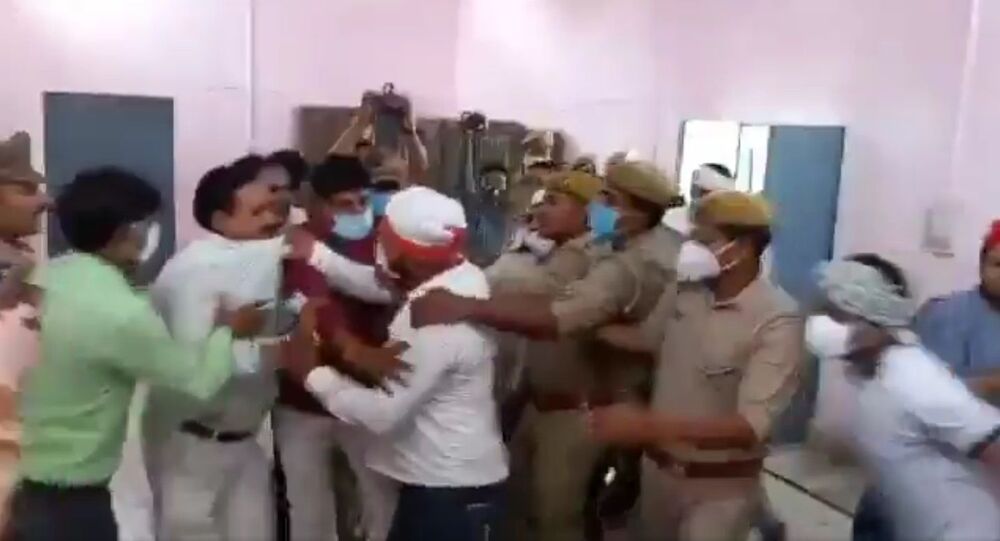 India's Uttar Pradesh state is set for another political battle, with the State Election Commission (SEC) on Tuesday announcing the schedule for local-level polls.

Several people have been injured after violent clashes broke out in many districts across India's Uttar Pradesh on Thursday. The skirmishes took place during the filing of nominations ahead of local polls in the state, officials said.

Speaking to Sputnik, a senior official at the Uttar Pradesh Police Headquarters revealed on condition of anonymity that several districts had been rattled by clashes, including Bulandshahr, Sitapur, Gorakhpur, Sambhal.

"Most of the incidents occurred when the opposition candidates were prevented from filing their nomination papers. Miscreants even opened fire in some district leading to bullet injuries to half a dozen people", he said.

​He further mentioned that in some places political workers lobbed crude bombs at their opponents as well. People brandished firearms in the presence of the police and also tore up the nomination papers of some candidates.

"We had to resort to baton charging to bring the law and order situation under control while having increased the security at several places across the state", the officer said, adding that a first information report in connection with the violence would be registered soon.

The election will be held for 825 of the 826 blocks, the only exception being the Mujhena in Gonda, where the term of the block's chief will conclude in 2022. According to the State Election Commission, polling and vote counting will take place on 10 July.

The block-level election holds importance as political parties in the state are eyeing maximum gains to strengthen their positions ahead of the 2022 state assembly vote.