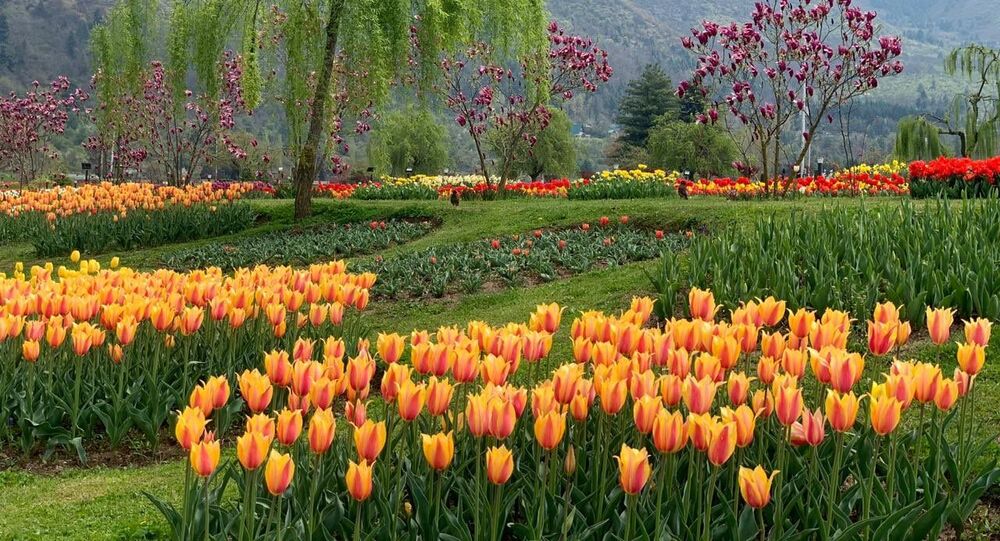 The decision by Indian Prime Minister Narendra Modi to invite major political figures from Jammu and Kashmir for consultations on 24 June about the future of the region is driven by many “internal and external” factors, one of the leaders who attended the meeting with the Indian PM has told Sputnik.

“Kashmir has always been an international issue and has the potential of being the hotspot of conflict in South and East Asia,” Tak, who was also a legislator in the former Jammu and Kashmir state, said.

“We have seen India, China and Pakistan - the three nuclear powers - battling over the borders of Kashmir. Bridge of peace,” the Kashmiri politician added.

PDP’s President Mehbooba Mufti, a former state chief, is the only major Kashmiri leader who has asked the Indian Prime Minister to hold talks with Pakistan to "find a lasting solution” to the Kashmir dispute.

The meeting between the Kashmiri leaders and Prime Minister Modi on 24 June was the first between both sides since New Delhi’s landmark decision to abolish the Jammu and Kashmir's "special status" in August 2019. The Jammu and Kashmir region, which acceded to India in October 1947, enjoyed semi-autonomous status under the Indian constitution, which was withdrawn by the 2019 decision.

India’s moves have been condemned by both Pakistan and China, which have conflicting territorial claims in the region. In fact, Pakistan's Prime Minister, Imran Khan, has refused to speak to the Indian leadership on any matter until it reverses its decision on the region. New Delhi has repeatedly said that anything to do with Jammu and Kashmir is an "internal matter".

On Friday, Pakistan's foreign minister Shah Mahmood Qureshi also hit out at India for not inviting the All Parties Hurriyat Conference (AHPC) to the 24 June meeting. The AHPC is one of the more critical Kashmiri political outfits whose leadership advocates "self-determination" of Jammu and Kashmir. Some of its hardline leaders even advocate Kashmir's independence from India.

During the meeting, the Indian Prime Minister said that he was open to granting “statehood” back to Jammu and Kashmir and hold state elections, but only after the ongoing delimitation process - which involves the re-organisation of state legislative constituencies - is concluded.

Our priority is to strengthen grassroots democracy in J&K. Delimitation has to happen at a quick pace so that polls can happen and J&K gets an elected Government that gives strength to J&K’s development trajectory. pic.twitter.com/AEyVGQ1NGy

​Although the Indian Prime Minister has not so far made a commitment to granting back the region’s “special status” and reinforcing the pre-August 2019 status quo, his offer of talks to the Kashmiri outfits has been fuelling the buzz about a host of global factors forcing New Delhi’s hand now.

Sumit Ganguly, a South Asian expert at Indiana University, told Sputnik that the Modi government is “belatedly” trying to reduce the tensions in Kashmir as it can’t cope with the security situation at the borders.

“Yes, I believe that the Modi government is trying belatedly to reduce tensions in Kashmir through the promise of statehood, largely because it cannot cope with a deeply troubled Kashmir or China’s continued military pressure in Ladakh,” Ganguly, a Professor of Political Science, reckons.

Ganguly is referring to the ongoing border stand-off between China and India in eastern Ladakh. New Delhi accuses Beijing of amassing troops at the border and blames it for the border situation, a claim rejected by Beijing. 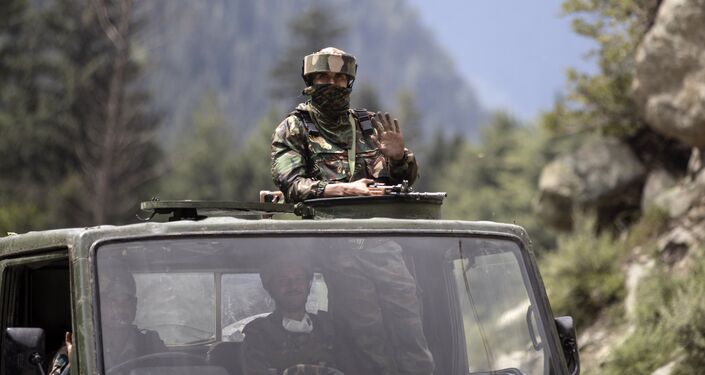 © AP Photo / Mukhtar Khan
An Indian army soldier keeps guard on top of his vehicle as their convoy moves on the Srinagar- Ladakh highway at Gagangeer, northeast of Srinagar, Indian-controlled Kashmir, Tuesday, Sept. 1, 2020

India’s Army Chief, General Manoj Mukund Naravane, said earlier this year that India was completely prepared for a “two-front war”, a scenario involving simultaneous wars with both Pakistan on the western border and with China to the east.

Have an 'Upper Hand' Over India, Says Pakistan’s ex-Foreign Secretary

Pakistan’s former foreign secretary, Salman Bashir, also spoke to Sputnik and said that there is an “increasing global recognition” of his country’s efforts to establish peace in the region, referring to the situations in Kashmir and Afghanistan.

“The cost and consequences for India of its unilateral actions in the Jammu and Kashmir have been severe,” said Bashir, who has also served as Pakistan’s High Commissioner to India.

“Pakistan and China rejected these measures as illegal; tensions soared between China and India in Ladakh and along the LAC; and reputation and global stature were lost,” the veteran Pakistani diplomat remarked.

“These are compelling factors. Indian strategists worry about a two-front situation. India also miscalculated in Afghanistan and is increasingly marginalized in its neighborhood and the region,” he further reckons.

Pakistan, which disputes India’s claims on the Kashmir region, has been one of the most vocal opponents of India’s August 2019 decision to remove Jammu and Kashmir's special status.

“A rollback to pre-August 2019 would enable Pakistan to engage with India to seek settlement of the disputed territory and improvement of relations,” Bashir said.