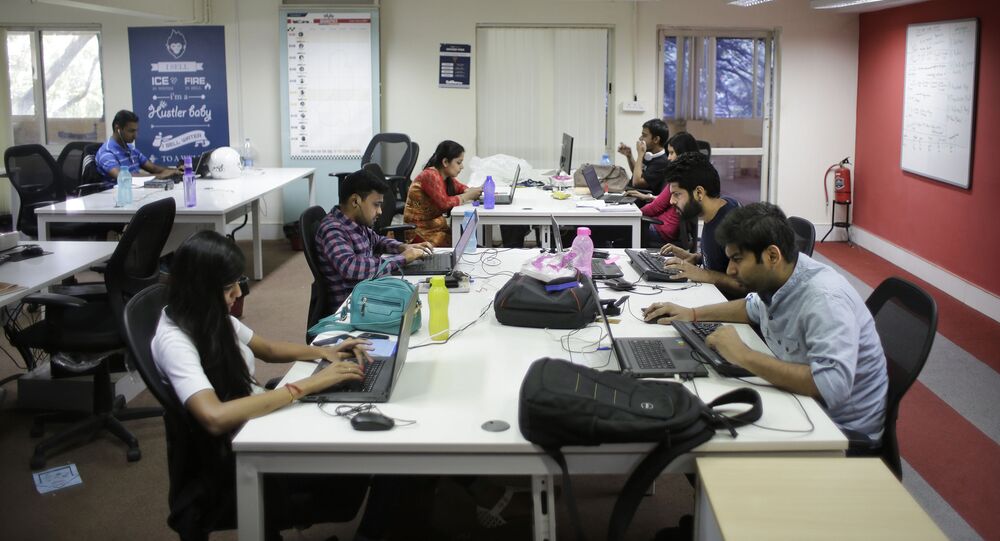 In recent months, Prime Minister Narendra Modi and former Congress President Rahul Gandhi have highlighted that India must prepare itself for a "borderless war". The reference hinted at India's need to toughen up its cybersecurity norms, given the escalating number of users adopting the internet.

The number of active internet users (AIU) in India is expected to grow from 622 million in 2020 to 900 million by 2025, a new report by the Internet and Mobile Association of India (IAMAI) said on Thursday.

Forty-three percent of Indians currently use the internet on a daily basis.

In recent months several popular apps, like Facebook, LinkedIn, and pizza chain Dominos have come under scrutiny in the country, after hackers breached their systems and exposed users' data on the dark web.

In addition, a recent survey by the Singapore-based research firm Acronis revealed that Indian firms hoard up on multiple cybersecurity solutions. But as many as 57 percent of these companies suffered down time due to data losses in 2020. The report sounded the alarm that nearly 10 percent of Indian IT workers are unaware of available cybersecurity capabilities.

Talking to Sputnik in April, senior Indian tech expert Kunal Kislay had said that Prime Minister Narendra Modi's government must seriously invest money in educating Indians on the gravity of cyberattacks and the repercussions they could cause to the rising number of internet users in the nation.

"A delayed addressing of the issue can lead to loss of personal data control, loss of confidentiality, identity theft, limitation of rights, defamation, and vandalism among various other socio-economic endangerments", Kislay had said.

As part its report, the IAMAI noted that mobile phones are an important reason for the constant growth of internet around the country.

The state of Maharashtra has the highest number of active internet users at 61 percent, followed by Goa at 60 percent and Kerala at 59 percent. While the Indian states of Chhattisgarh, Jharkhand, and Bihar have the lowest rates of internet access in the country, with only 29 percent, 29 percent, and 24 percent respectively.

Heavily populated Indian metropolitan areas and the corporate powerhouses of the nation - Delhi, Mumbai, Chennai, and Kolkata - have the highest numbers of internet users on a daily basis, the IAMAI report noted.