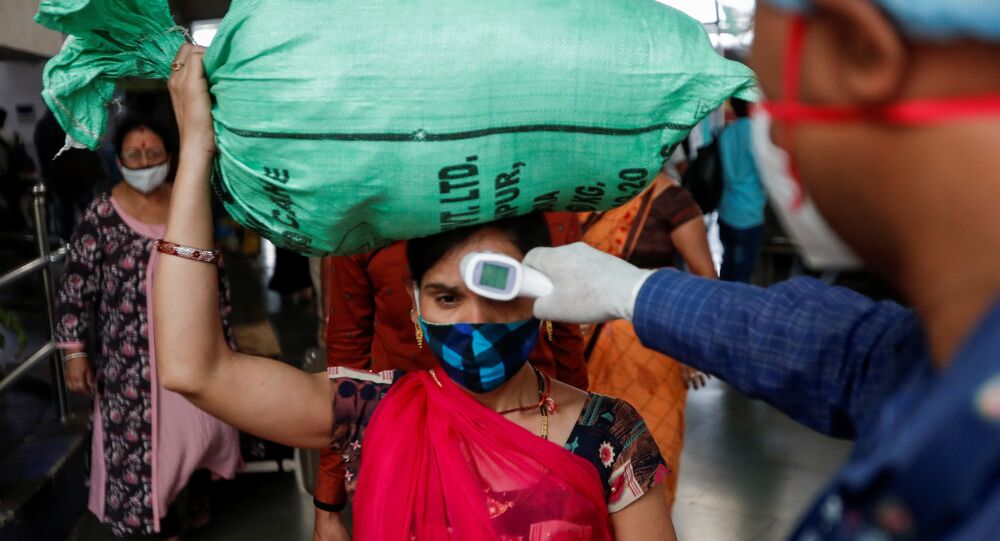 Around the second week of April, the daily number of COVID cases in India began mounting rapidly. Within days, India was reporting over 300,000 cases per day, along with over 4,000 deaths. Prime Minister Narendra Modi's government has drawn major flak from Indians over the country's ill-preparedness for the second wave of coronavirus.

In a bid to monitor COVID's effect on its rural areas, the northern Indian state of Bihar has developed an app called "Home Isolation Tracking" (HIT). The app developed by the Bihar government is being tested in five of the state's districts, where healthcare workers are being given tablets with the beta version of this app installed.

It allows medics at a grassroot levels to keep track of the recoveries of COVID patients quarantining at home. The app that allows COVID-19 patients to record their temperatures and oxygen levels has even captured the attention of Prime Minister Narendra Modi.

The Indian prime minister, who has accelerated the country's digitisation process exponentially in the last seven years, has reportedly ordered the Bihar government to share the details of the HIT app with the federal Health Ministry. The purpose of PM Modi's interest in this app is to explore if it can be tested and rolled out at a national level.

Speaking to Sputnik, Indian tech analyst Achen Jakher advised the Indian government to ensure that the platform is robust enough to handle the surge in users if and when its rolled out across India.

"We saw some teetering issues with the settings and the Application Programming Interfaces (APIs) during the rollout of the Aarogya Setu app. I believe those mistakes will work as a learning lesson for the government this time on how to better manage the security and policies within the HIT app if it launches for the nation", Jakher said.

Last year, Modi openly advertised a government-made COVID-19 tracking app called Aarogya Setu. The app, downloaded by over 100 million Indians, requires users to allow it to access their phone number, location, and Bluetooth connectivity feature in order to calculate a user's safety status against coronavirus. The app asks users to provide some health information and calculates how safe a user is depending on the data fed to the app by others in his or her area.

Between November 2020 and March 2021, when the daily COVID-19 caseload dropped, people became more casual and stopped regularly updating their health status on the app. Because of this, Aarogya Setu became the butt of jokes after it kept showing people they were safe, as India reeled under the deadly second wave of coronavirus.

​Now that Modi has reportedly expressed interest in the HIT app, Sputnik asked Thomas George, the president of the Indian tech research firm CyberMedia Research (CMR), to explain what type of challenges this app could face.

George weighed in on the possibility of perhaps integrating HIT with Aarogya Setu so that people do not have to download a new app and share personal information on another platform, as this exposes them to a wider array of cyber vulnerabilities.

"Indian society is conservative towards revealing details of their illnesses on apps. As of now, we cannot be sure as to how many people will be up for jotting down their health information on an app that could be accessed by doctors as well as cyber criminals. Downloading this app along with having Aarogya Setu could make people more sceptical of using this app. At this point, it's too early to comment if this app would receive a level of acceptance among Indians, especially in rural areas where the app is primarily targeted and where not every person is equipped with a smartphone", George said.