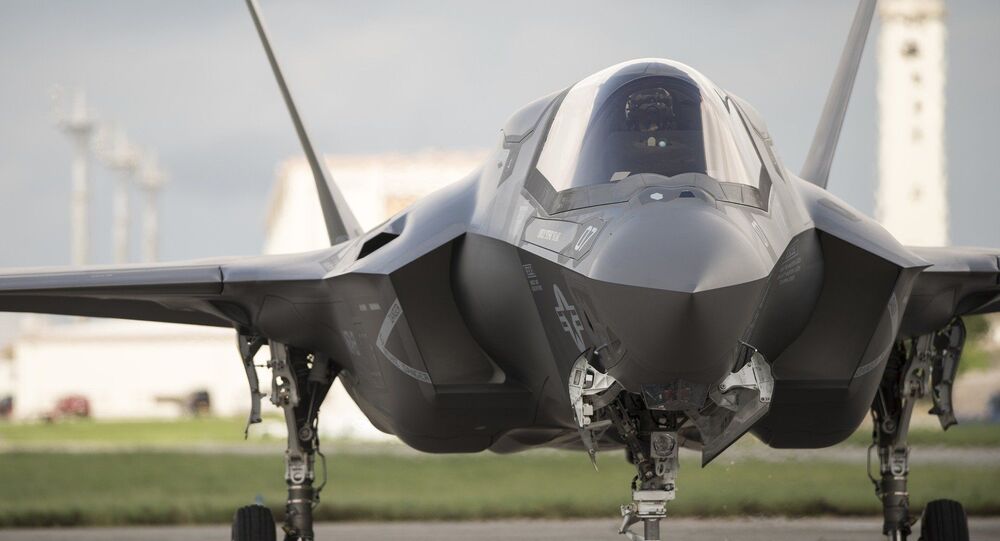 Indian media has reported in the past that New Delhi has on several occasions expressed interest in acquiring the F-35 fifth-generation fighter aircraft (FGFA) from American defence giant Lockheed Martin. General Bipin Rawat, India’s chief of defence staff, says that the technology has never been offered by the US to India.

"I am not sure the US will share this technology. What they have offered us is a lower version of the F series," Rawat said during a panel discussion at the ongoing Raisina Dialogue conference.

Gen Rawat (@HQ_IDS_India): The IAF is still exploring its fighter options. F-35 is state of the art, and I am not sure the US will share this technology. What they have offered us is a lower version in the F-series. #Raisina2021 #RaisinaDialogue

​Rawat’s remarks came in response to statements by Cahill, who touted the benefits of the American fighter jet to his co-panelists. “The F-35 is now cheaper than legacy fourth-generation fighters. Nations around the world are now buying more F-35s, based on the facts, merits, and costs of the system,” he said.

General Rawat pointed out during the discussion that the Indian Air Force (IAF) was “still exploring” its fighter jet options.

India’s quest for acquiring a fifth-generation fighter aircraft (FGFA) hit a roadblock in 2018 after it reportedly withdrew from a joint India-Russia venture to manufacture Su-57 jets.

“We have never ever cancelled any agreement with the Indian government. Fifth generation (fighter aircraft ) project has been delayed by the Indian side, not by the Russian side," Victor Kladov, director of international cooperation and regional policy of Russian state corporation Rostec, was quoted as saying by Indian news agency Press Trust of India (PTI).

He was speaking on the sidelines of the MAKS International Air Show in Russia in August 2019.

In the same year, it was reported by Indian daily Economic Times that the US was willing to offer India the F-35 jets if New Delhi scrapped its S-400 missile deal with India.

However, both Russia and India are going ahead with the planned S-400 deal, confirmed by Russia’s envoy to India Nikolay Kudashev during a press briefing on Wednesday.

Ahead of former US President Donald Trump’s visit to India in February 2020, Lockheed Martin said it was ready to assist India in upgrading the capabilities of the domestically developed Tejas jets.

“The company is very open to requirements from the Narendra Modi government and Indian Air Force for the development of Advanced Multi-role Combat Aircraft (AMCA) and upgrading the indigenous Tejas into a superior fighter jet,” Lockheed Martin’s Vice President of Strategy and Business Development Vivek Lall was quoted as saying by PTI.

Lall reportedly also said at the time that the company offered to sell F-21 jets to India, which he claimed won’t be sold to any other country should New Delhi go ahead with the offer.