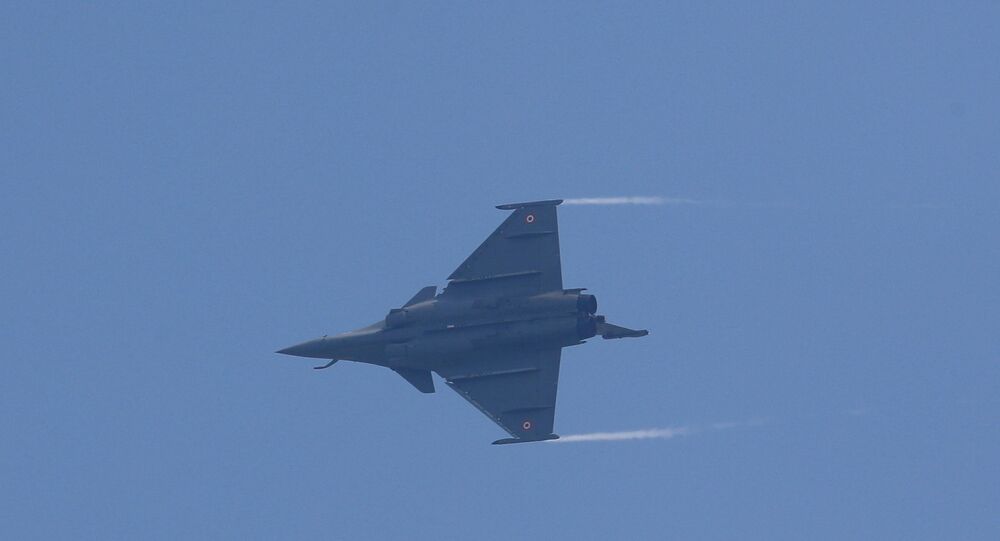 Keeping the COVID-19 pandemic in mind, the Indian Air Force is taking care of all the norms and guidelines. In a clear departure from tradition, schoolchildren and the general public will not be allowed to be live spectators of the grand ceremony.

The Indian Air Force has conducted a full dress rehearsal, including air drills, at the Hindon Air Base in Ghaziabad ahead of Indian Air Force Day which is celebrated on 8 October. The grand ceremony is observed every year to mark the day the IAF was established in 1932. A parade is also conducted that witnesses a scintillating air display including various aircraft.

Ahead of the Indian Air Force (IAF) Day parade, the newly-inducted Rafale aircraft were put on display during the full-dress rehearsal.

#WATCH Ghaziabad: Newly inducted #Rafale fighter aircraft on display during the full dress rehearsal of IAF Day parade at Hindon IAF base, ahead of the Indian Air Force Day on October 8 pic.twitter.com/tUPuIs552T

Several other aircraft could be seen performing drills, including the firing off of flares.

#WATCH Hindon Air Base (Ghaziabad): Flares fired by a fighter aircraft today during rehearsal of the Air Force Day parade to be held on October 8. pic.twitter.com/mEfK3cD08z

Along with the Rafale jets, paratroopers from the IAF's skydiving team Akash Ganga also put on a performance during the full dress rehearsal at Hindon Air Force base.

The Indian Air Force on Monday announced that 56 aircraft, including 19 fighters and seven transport aircraft, would be taking part in an aerial display to celebrate its 88th anniversary.

"The Rafale fighter aircraft will fly in the 'Vijay' formation along with the Jaguars and then in the 'Transformer' formation with Sukhoi-30 MKI and Light Combat Aircraft (LCA) Tejas fighter aircraft during the IAF Day parade this year", the release mentioned.