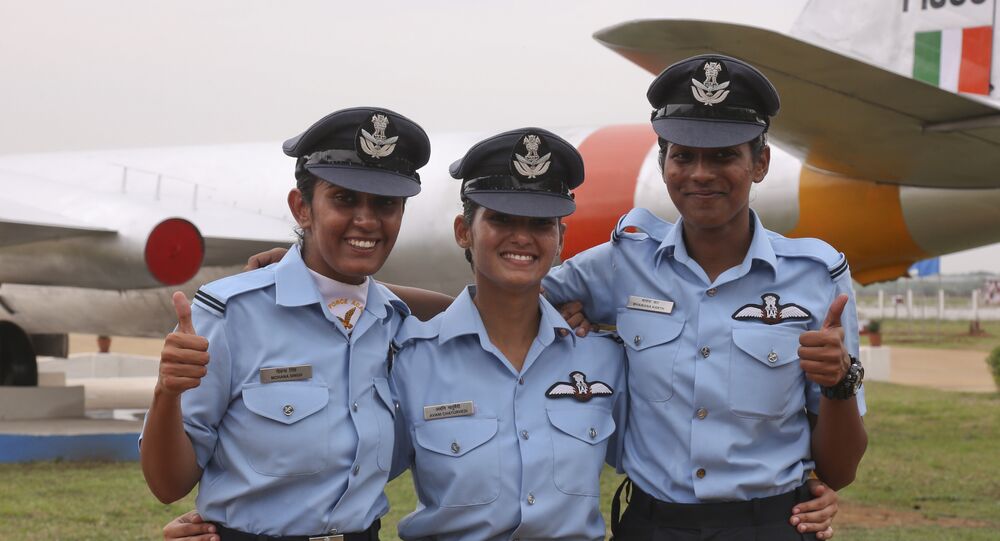 India commissioned the first batch of women fighter pilots in June 2016, and over a year later the Indian Navy inducted its first female pilots to join its aviation branch. Women pilots in the Navy were initially restricted to fixed-wing aircraft operated from the shore.

In a first for the Indian Navy, two women officers will be deployed on a frontline warship as part of its crew, while a female pilot is being trained to join the fleet of Rafale fighter jets.

Sub Lt Kumudini Tyagi and Sub Lt Riti Singh will join as "observers" (tactical officers) in the helicopter stream of India's Navy, paving the way for female air combatants operating from frontline warships. So far, women have been restricted to fixed-wing aircraft operated from the shore.

​On the other hand, the Indian Air Force is also providing training to one of its women pilots to join the fleet of Rafale fighter jets. However, the identity of the pilot has been withheld for operational reasons.

Since the government approved women fighter pilots in the Air Force, 10 female pilots have been inducted and more are undergoing training.

Meanwhile, according to reports by the national wire agency ANI, the Indian Air Force has started familiarisation sorties of the Rafale in the Ladakh sector, where the Indian Army stands face-to-face with soldiers of the People’s Liberation Army of China.

​The Rafale was formally inducted into the Indian Air Force on 10 September at its operational base in Ambala – 200 kilometres north of the national capital Delhi.

“They have already flown and familiarised with our operational environment and have undergone intense integrated training with our other combat fleets, including firing of advanced weapons”, Indian Air Force chief Air Marshal Rakesh Kumar Singh Bhadauria said during the formal induction ceremony of the Rafale jets.

The Indian Army was the last to induct women officers into combat branches. In July, the Defence Ministry sanctioned the permanent commissioning of women officers in the Army, after the Supreme Court of India ruled in favour of doing so.