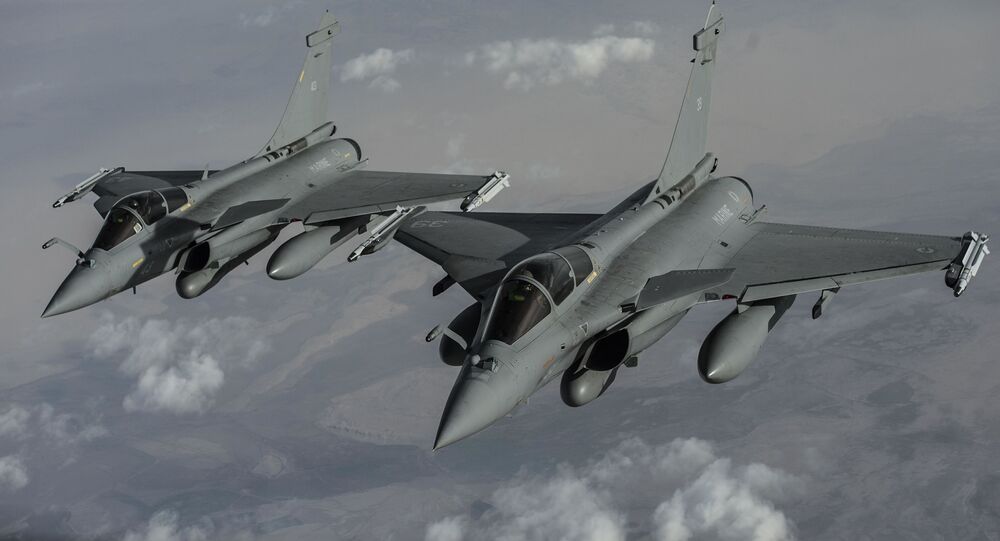 New Delhi (Sputnik): India on Wednesday welcomed five French Rafale fighter jets out of the 36 it had ordered in 2016 at a cost of $8.7 billion. The procurement was made on an emergency basis by the federal government headed by Prime Minister Narendra Modi to address the worrying slide of combat capabilities of the Indian Air Force.

As the first batch of the much-anticipated Rafale jets landed on Wednesday at the Ambala Air Force Station in India, Group Captain Sandeep Dang, a former fighter pilot with the Indian Air Force, told Sputnik that the country now has better fighter craft than the Chinese JF-20, but it would be naive to think that with the induction of the French-manufactured aircraft, India’s air superiority has altered significantly.

“The Indian Air Force required 126 fighter crafts 20 years ago according to a study, but we are getting only 36 now. Many more jets would have become obsolete requiring replacement. It would not make any difference, if we consider the overall balance of power with China. The celebrations and political statements on induction of Rafale are justifiable. It is not easy to bring aircraft, it is good for the morale of the Indian Air Force", said Group Captain Dang, explaining that the aqcuisition of the French-made jets is still a big deal since there has been a palpable shortage of aircraft in the fleet for some 20 years.

The comparative strength of the air forces of India and China, the fighter pilot said, could not be weighed just on the basis of the number of aircraft in the inventory of both countries, but on several other aspects like the vastness of the borders to defend, geopolitics of the two countries, etc. He said the geopolitical factors that affect China were different than those of India.

“India is in any case not to project itself aggressively, to any of the countries around, whereas China is, and when somebody is trying to posture itself as an aggressor, it should be ready for the retribution also", said Group Captain Dang.

India has a land border of over 15,000 kilometres with 7 countries to defend, while China has 22,117 kilometres bordering 14 countries.

According to Global Firepower 2020, which compared military strength rankings, India’s air inventory was 2,159, whereas China had 3,210 aircraft. India has 538 fighter jets, compared to 1,232 in the Chinese fleet. India ranks fourth in firepower, after the United States, Russia, and China.

The induction of the Rafale fighter jets has taken place at a time when tensions between India and China have reached a boiling point along the border, following a violent face-off on 15 June 2020 in the Galwan Valley in eastern Ladakh that left 20 Indian soldiers, including an officer, dead. There were also reports about casualties on the Chinese side, but they were unverified.

The India-China border covers the Line of Actual Control (LAC), which mainly is a land border in most regions, but in Pangong Tso in eastern Ladakh it passes through a lake. India controls the western portion of the 45-km lake, while the rest is under Chinese control. Most of the clashes between the two countries have taken place in the Galwan Valley.