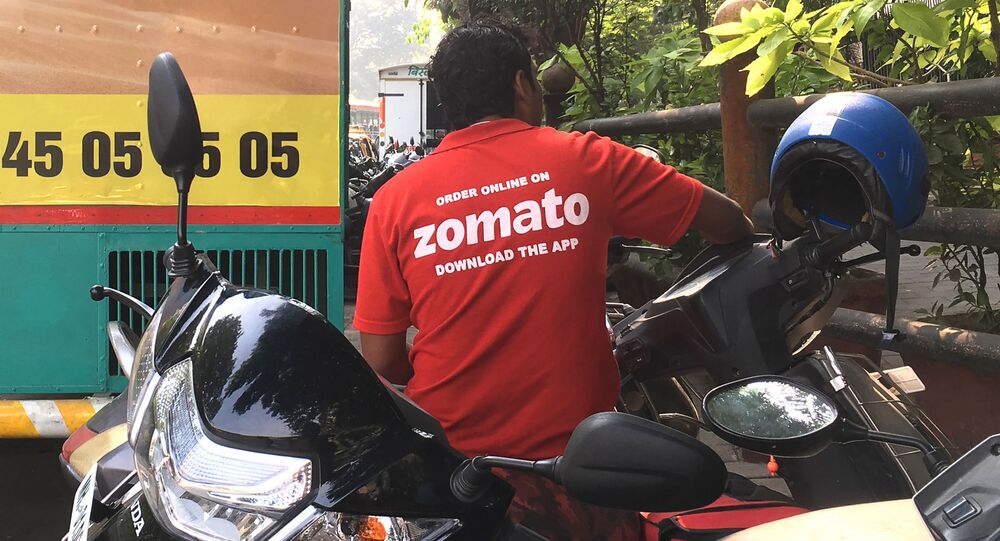 Last week, fashion influencer Hitesha Chandranee posted a video of herself, bleeding from her nose and alleging that a food delivery man working for Zomato had hit her. The police arrested the Zomato employee named Kamraj. He lost his job because of the case that has stirred a debate about gender equality in India.

Kamraj K, who lives in Bengaluru, India, and used to work as a food delivery person for online ordering platform Zomato, has filed a complaint against fashion influencer Hitesha Chandranee who accused him of hitting her while arguing over the late delivery of an order.

Chandranee has been booked under various sections of the Indian Penal Code (IPC) including 341(wrongful restraint), 355 (Assault or criminal force), 504 (intentional insult), and 506 (criminal intimidation).

Thanks to Kannada Rakshana Vedike, Kamaraj gets courage to write complaint against #HiteshaChandranee at Electronic City Police Station.

FIR filed against the woman under various sections of IPC. Let there be investigation now. #Zomato
Zomato pic.twitter.com/PtgAGmcmKP

Kamraj's complaint against Chandranee comes after videos of him narrating the incident and his life story went viral on the Indian segment of social media over the weekend. With eyes full of tears and palms joined together, Kamraj revealed that his father was a lawyer who passed away fifteen years ago, causing him to discontinue his higher education and having to take on odd jobs.

Talking about the case, Kamraj also said in the video that Chandranee had wrongly accused him of hitting her, alleging she was the one who verbally and physically assaulted him for delivering the food a bit late.

"There was traffic. When I reached the address, she was already talking on the phone with Zomato customer care, asking that she should get the food for free because it was late. I requested her not to do so because the cost of the food would have been deducted from my salary, but she started abusing me. Even threw footwear at me. Wouldn't let me use the elevator, so I ran down the stairs", Kamraj said in his clips.

While asking people to save him from the case that cost him his job, Kamraj tearfully said in his video, "We are not women, so that, does that make us wrong?" This remark opened a floodgate of comments on gender equality in India.

For the last few days, #JusticeForKamraj has been trending on all social networking platforms in India. Not only men, but several Indian women have also been raising their voices against the practice of wrongfully accusing men and ruining their lives.

It's time women get punished for attacking men in this country.

Zomato please give Kamaraj his job, he is the only earning source of his family just because of an accusation that has not been proved right yet, he doesn't deserve this ..his family doesn't deserve this..😊✊ #JusticeForKamaraj,#Hiteshachandranee #zomatodeliveryboy pic.twitter.com/I0KcCjRC2W

#JusticeForKamaraj
If #Kamaraj was #jailed because he hit her on hand, even #hitesha must be jailed for #hitting him with #chappal. Why isnt she #arrested yet. #ArrestHitesha for #beatingKamraj with #Chappals. Her own ring hit her nose, what can he do for that?

Teach your daughters that they are not entitled for free lunches, you want equality like a man then be ready to work hard like a man. Teach her that a man has dignity and it's not cool to play with his dignity. Don't be that woman! #Hiteshachandranee #ShameOnYou pic.twitter.com/tm2xy6yzNj

Major public outrage erupted on social media on 10 March, when Chandranee posted a video of her bruised and bleeding nose, accusing Kamraj of hitting her. Zomato, which claims to have over 11 million users in India, is one of the country's biggest online food ordering and delivery apps.

Chandranee's claims, however, began losing steam after Kamraj narrated his side of the story and gathered support on social media.

An investigation into the matter is currently being conducted.