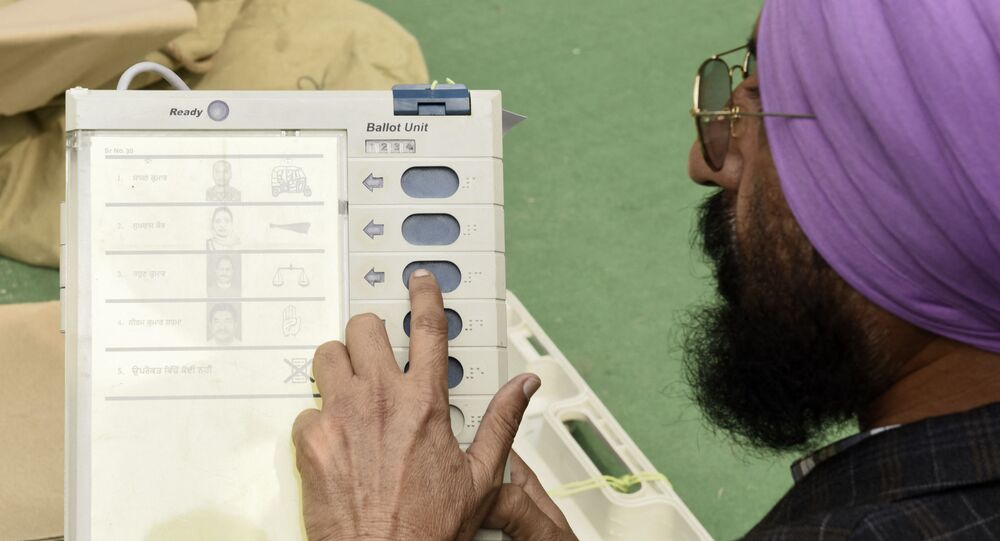 Most of the farmers protesting against the new farm laws introduced by the central government are from the Indian state of Punjab. Mass protests hit India last year when Narendra Modi adopted new farm laws in a bid to liberalise the agriculture market in the country.

Voting for 117 urban local bodies in the northern Indian state of Punjab began on Sunday. A total of 9,222 candidates are in the fray.

The polling began at 8 a.m. local time and will continue until 4 p.m., while the result will be announced on 17 February.

The polls are being referred to as a "mini-referendum" on the Bharatiya Janata Party (BJP) government over three farm laws at the heart of the ongoing farmer protests in the country.

Aside from the BJP, the ruling party in the state, Congress, the main opposition Aam Aadmi Party (AAP), and the Shiromani Akali Dal are taking part in the polls.

"Out of 9,222 candidates standing for the municipal polls, among them, 2,822 are independent candidates. Many BJP leaders are not fighting on party logo, but, independently. These candidates are trying to dissociate themselves from the BJP ideology on the farm laws", Mohit Pandey, a political observer, tells Sputnik.

For instance, Vinod Kumar Binta, president of the BJP's Bathinda district unit, is contesting as an independent from the Bhucho Mandi Municipal Council.

"We want to avoid any confrontation with farmers. Hence I am contesting as independent", he says.

Tens of thousands of farmers from the state of Punjab have been camping out on the outskirts of New Delhi for more than two months to have the legislation withdrawn, as they say the new laws will benefit big retailers and corporations.

Farmers are demanding a complete rollback of the new farm laws, namely the Farmers Produce Trade and Commerce Law, 2020, the Farmers Agreement on Price Assurance and Farm Services Law 2020, and the Essential Commodities (Amendment) Ordinance, 2020.