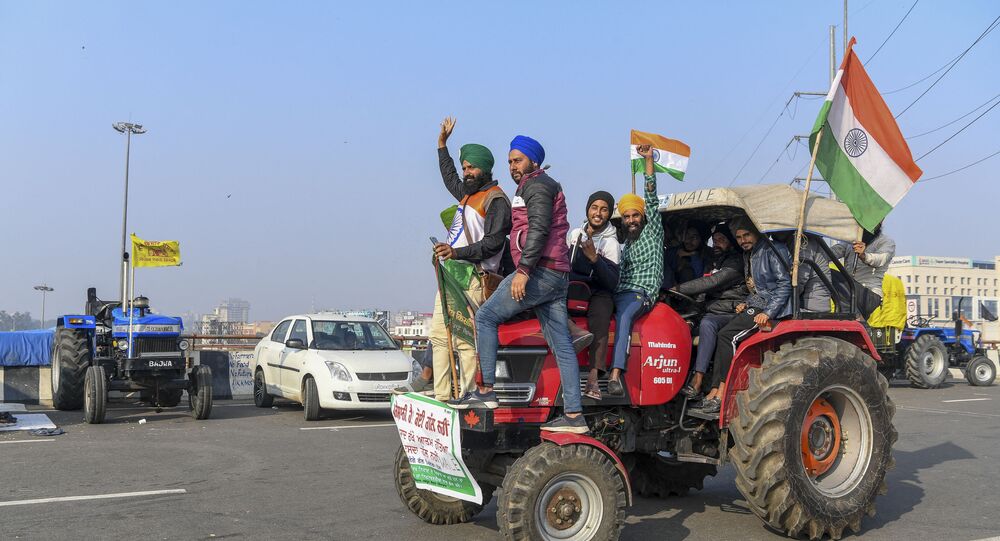 Thousands of farmers from the mostly agricultural Indian states of Punjab and Haryana have been camping on Delhi's borders for the past 50 days, evoking widespread public attention. They are protesting against the three new laws that were introduced by the Bharatiya Janata Party (BJP)-led federal government last September.

Rahul Gandhi and Priyanka Gandhi Vadra, the two key leaders of India’s main opposition party Congress, joined the farmers' protest in Delhi on Friday. They slammed the ruling Bharatiya Janata Party (BJP) government for not listening to people who have been protesting for about two months now despite a bone-chilling winter season in Delhi.

Both the leaders joined the farmers’ cause by holding a symbolic march to the official residence of Delhi Lieutenant Governor Anil Baijal. The march was part of Congress's "Speak Up For Kisan Adhikar" (speak up for farmers’ rights) campaign. After the march, the leaders joined their party’s protest at Jantar Mantar, in the heart of central Delhi, near Parliament House.

All state Congress leaders were asked to hold agitation outside their respective Governor and Lieutenant Governor’s official residence.

"BJP government will have to withdraw the farm laws. Congress will not relent till these laws are repealed. These laws are not to help farmers, but to finish them," Rahul Gandhi said.

Farmers are demanding the withdrawal of the new farm laws, namely the Farmers Produce Trade and Commerce Law, 2020, the Farmers Agreement on Price Assurance and Farm Services Law 2020, and the Essential Commodities (Amendment) Ordinance, 2020.

Several rounds of discussions between the government and the farmers have not been successful in ending the stalemate, with the farmers not giving up on their main demand of revocation of the news laws. They fear that the laws will remove the old system of state procurement of farmers’ produce in agricultural markets at the end of harvest season.