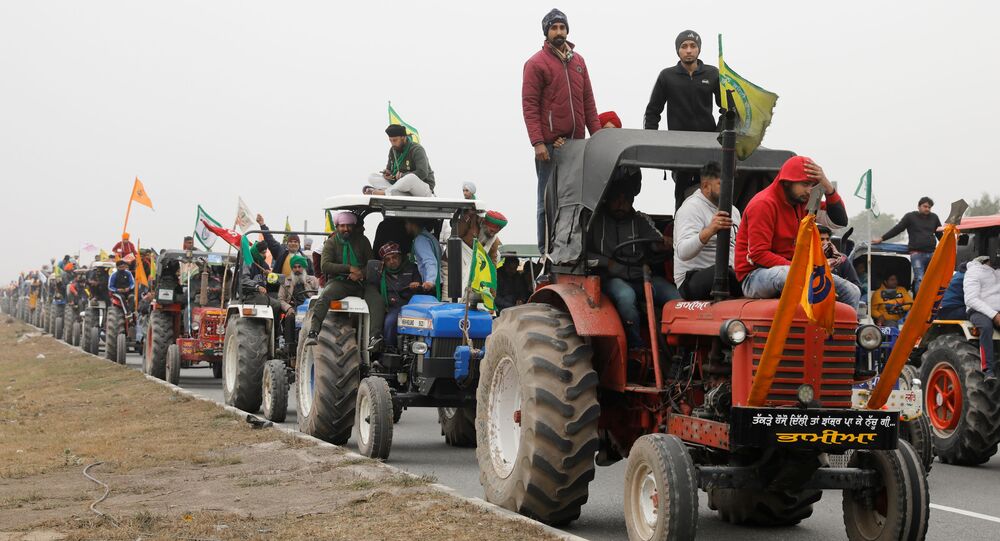 Mass protests by farmers hit the country last year when parliament adopted new farm laws in a bid to liberalise the agriculture market in the country.

The Indian Supreme Court has put the implementation of the Farmers Produce Trade and Commerce Law and the Farmers Agreement on Price Assurance and Farm Services Law on hold, amid protests by farmer organisations.

The decision comes a day after the Supreme Court demanded the abolition of three laws that were at the core of the protests and suggested to organise a committee for negotiations.

A three-judge bench, headed by the CJI, is hearing a batch of petitions, including those filed by DMK MP Tiruchi Siva, RJD MP Manoj K Jha, has expressed concern over the validity of the laws and also about protecting the life and property of citizens.

While according to advocate ML Sharma, who filed a plea challenging the farm laws, the farmers won't appear before the proposed committee, the judges have insisted that they do so.

"We don't want to hear arguments that farmers will not go to the committee. We are looking to solve the problem. If you (farmers) want to agitate indefinitely, you can do so", CJI Bobde said.

Thousands of farmers, mainly from the states of Punjab and Haryana, have been protesting on Delhi's borders since 26 November 2020 against the new farm laws to express their anger as they fear the MSP system is being diluted because the new laws now allow farmers to enter into supply contracts with any procurer across the country.

The government and farming unions held eight rounds of talks over the past months to resolve the issue — the authorities refused to withdraw laws but said that they were open to amendments, while farmers rejected anything other than the annulment of the laws.