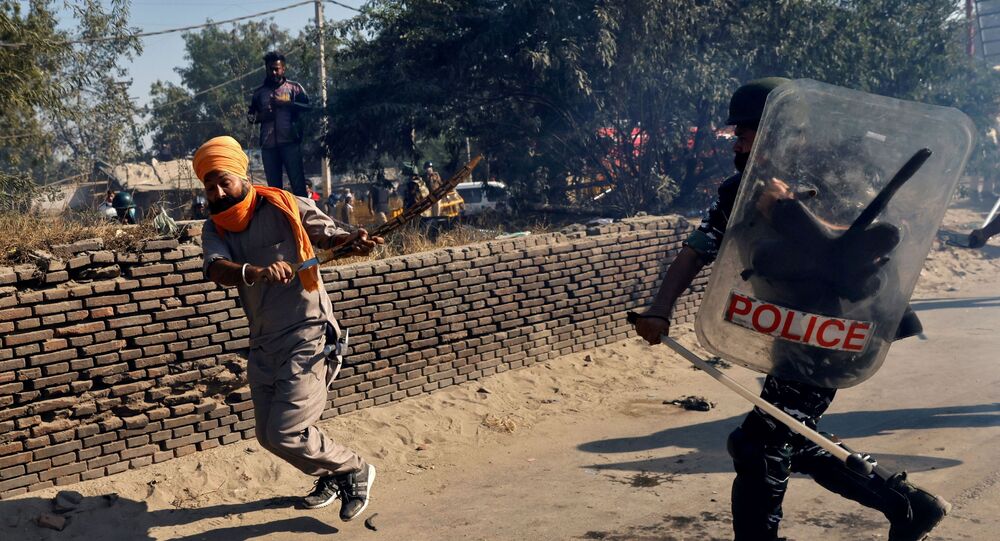 Since the Prime Minister Narendra Modi-led government passed three contentious farm laws in September, they have been facing countrywide protests from farmers and heavy criticism from Indian opposition parties.

Amid the ongoing protests against new farm laws, the Bharatiya Janata Party is set to organise press conferences and "Chaupals" (mass gatherings) in all the districts of India to dispel the confusion among farmers.

According to party sources, 700 press conferences and 700 "Chaupals" will be organised in the coming days.

"These will be done with an aim to spread awareness among the common masses and farmers on the benefits they will have from the new laws", sources added.

However, the farmers, who have been protesting on the outskirts of Delhi since 26 November, are adamant about a complete rollback of the Farmers (Empowerment and Protection) Agreement of Price Assurance and Farm Services Act, 2020; Farmers Produce Trade and Commerce (Promotion and Facilitation) Act, 2020 and The Essential Commodities (Amendment) Act 2020.

They have even threatened to block railway tracks across the country if their demands are not met.

According to the government, the laws allow farmers to sell their produce at places apart from their designated APMC markets. They also aim to allow contract farming under which they can enter into supply agreements with private firms for remunerative and pre-decided prices.

The protesters, however, are concerned that the new laws will empower corporations at their expense by driving down prices.