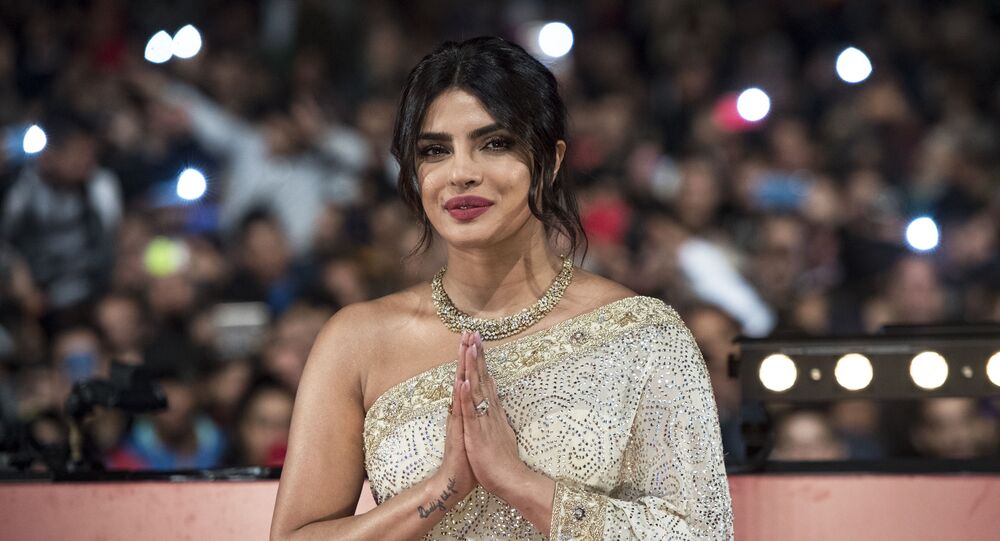 From Reese Witherspoon and Mark Ruffalo to Jennifer Garner, many Hollywood celebrities are giving a playful spin to the "Elf on a Shelf" challenge. It is a Christmas tradition in which parents place a small elf doll in their home and tell their children that the elf watches over them during the day and reports back to the North Pole at night.

Indian-American actress Priyanka Chopra Jonas has joined the viral "Elf on Shelf" challenge and given it a hilarious twist with "Oprah on Chopra".

The Baywatch star took to Instagram and posted a picture of herself with American talk show host Oprah Winfrey on her shoulder. "Oprah on Chopra. Boom", Priyanka captioned the photograph.

Sharing a good laugh-out-loud moment, many celebrities and fans cheered for her "Oprah on Chopra" twist to the "Elf on a Shelf" challenge.

One netizen said, "I've been thinking all day how to do a Jonas one".

It all started with Garcelle Beauvais, of Real Housewives of Beverly Hills fame, who posted a photo of a tiny version of herself sitting on American singer Pharrell Williams' shoulder.

The "Elf on Shelf" trend went viral when Hollywood stars Reese Witherspoon, Elizabeth Banks, Mariah Carey, Mark Ruffalo, Jennifer Garner, and others took on the challenge and posted photoshopped pictures of their fellow celebs on top of their shoulders.

I know you’ve all heard of Elf on a Shelf, but have you heard of...
(Inspired by @GarcelleB) pic.twitter.com/AUhz3LIpB2