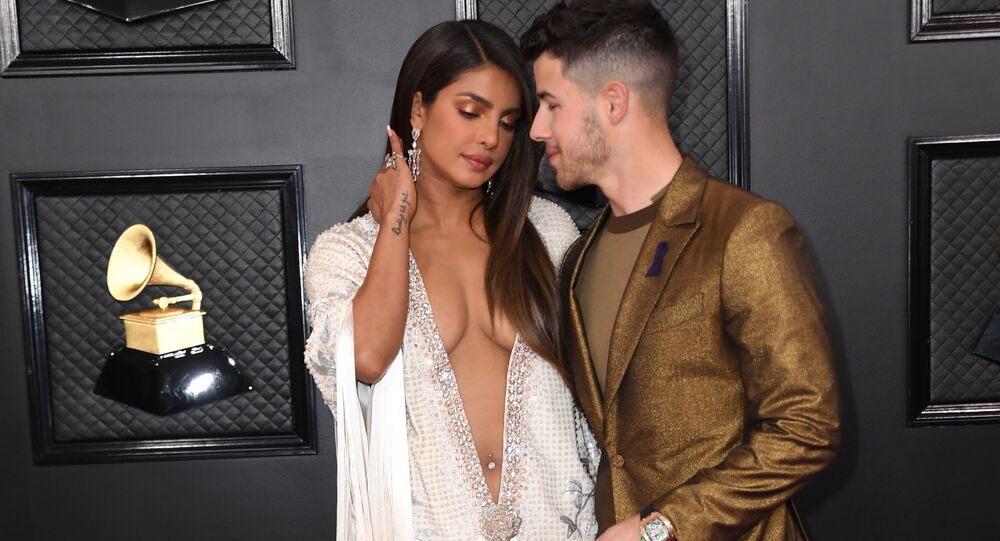 The fairytale love story between actress Priyanka Chopra Jonas and singer husband Nick Jonas began in 2017 when they first met at a party. The two stole the limelight at the red carpet of the Met Gala. After dating for over a year, they got engaged in 2018 and tied the knot on 1 December in Christian and traditional Hindu weddings in India.

As power couple Priyanka Chopra Jonas and Nick Jonas celebrate their second wedding anniversary today, Sputnik brings you some of the best things they've done together and for each other, providing some major relationship goals for their fans.

Apart from being a power couple, they are adorable paw-parents to three fur babies - Diana (a chihuahua), Panda (a Husky-Australian shepherd mix), and Gino - who have been staying at their Los Angeles home.

On their first wedding anniversary, Priyanka surprised Nick by gving him a German shepherd – Gino.

Every year, Priyanka and Nick celebrate all the Hindu and Christian festivals with great fanfare. Be it playing Holi - the festival of colours, lighting up lights, and worshipping the Goddess Lakshmi and Lord Ganesha on Diwali, arranging for Santa Claus to deliver presents on Christmas or partying all night on New Year.

Priyanka also keeps a day-long fast on Karwa Chauth, a Hindu festival when a wife fasts for her husband's longevity, and the two look gorgeous in their photos.

One thing that has closely knit the couple is their love for their family and hence, they leave no opportunity to have famjams and hangouts with in-laws including Priyanka's mother Madhu Chopra and Nick's parents Paul Kevin Jonas, Denise Miller Jonas, the Jonas brothers, Sophie Turner, and Valentina Angella Jonas.

Priyanka shared a picture of her wedding ceremony and wrote, "One of the most special things that our relationship has given us is a merging of families who love and respect each other's faiths and cultures. And so planning our wedding with an amalgamation of both was so so amazing..".

Stepping up the Style Game at Awards Night

The couple made their first public appearance in 2017 at the Met Gala and since then they have been slaying with their style at various awards.

They made many heads turn on the red carpet at the Grammy Awards, Met Gala, Cannes Film Festival, and many others held in 2019.

Looking at Priyanka making Nick and her cousins dance to Bollywood songs has been nothing less than a delight. It has already won millions of hearts.

From playing golf, ice skiing to horse riding and working out together, the couple leaves no stone unturned to get adventurous and sporty.

'Home is Where the Heart is': Priyanka Chopra Jonas Returns Home After Matrix 4 Shoot in Berlin