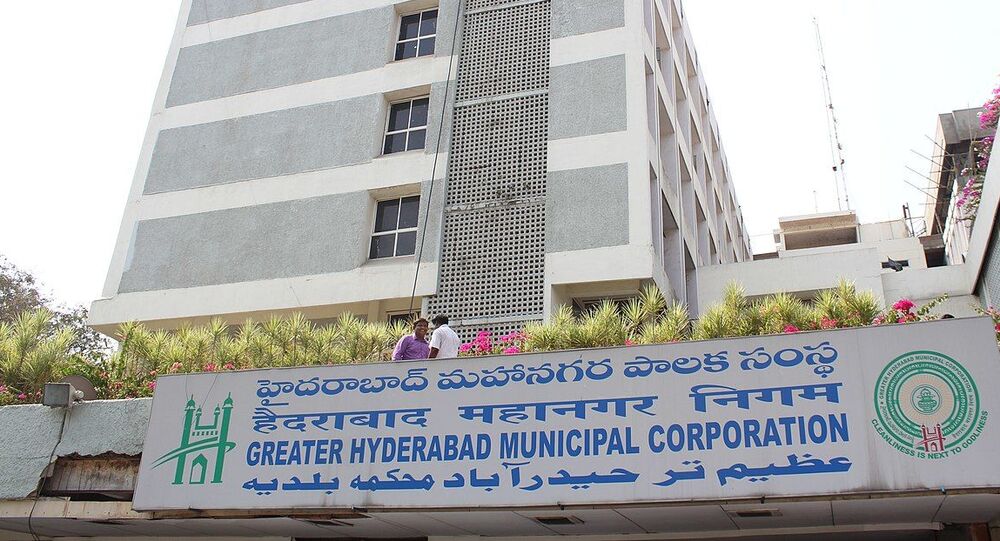 Development or Democracy: Hyderabad Votes in Local Polls After a 'Polarising' BJP Campaign

Winning local elections in the southern IT hub of Hyderabad has turned into a battle of prestige for India's governing Bharatiya Janata Party (BJP), with the federal home minister himself hitting the campaign trail. Hyderabad, which has a sizeable Muslim population, is one of the few Indian cities where the BJP has little presence.

The southern Indian metropolis of Hyderabad has begun voting for a 150-seat civic body, the Greater Hyderabad Municipal Corporation (GHMC). Nearly 7.4 million voters are set to decide which political outfit will govern over one of the richest municipal bodies in the country.

Polling in all 150 municipal segments began at 6 a.m. local time on Tuesday.

Election day, however, has been preceded by a particularly divisive campaign, with the federally governing Bharatiya Janata Party (BJP) being accused by its political rivals of running a "polarising" campaign that allegedly scapegoats Muslims, who form nearly 30 percent of the city's population.

During the last elections in 2016, the BJP managed to win just four seats. Telangana Rashtra Samithi (TRS), a regional outfit that is also in power at the state level, was the single-biggest winner the last time around, garnering 99 seats. Another party, the All India Majlis-e-Ittehadul Muslimeen (AIMIM), which has a political base among Muslims, won 44 seats.

Observers expect the electoral battle this time around to be a three-way contest among the TRS, BJP, and the AIMIM.

The BJP has turned the local polls into a battle of prestige of sorts, with no less than federal Home Minister Amit Shah and Uttar Pradesh State Chief Yogi Adityanath hitting the campaign trail in the run-up to the elections.

National leaders campaigning in local body polls is not a frequent occurrence in Indian politics.

Both the TRS and the AIMIM, which is led by parliamentarian Assaduddin Owaisi, have accused the BJP of pandering to sectarian sentiments to garner votes. In fact, the campaign has been replete with references to Hyderabad's Islamic heritage, with Uttar Pradesh State Chief Adityanath announcing his party (BJP) would change the name of the city to "Bhagyanagar" if it prevailed.

Federal Home Minister Shah, on the other hand, claimed at a roadshow at the end of the campaign last week that he would rid the city of its "Nizam influence" if the party was voted into power.

We're going to free Hyderabad from the Nawab, Nizam culture and create a mini-India here.

We want to build Hyderabad into a modern city, free from the shackles of Nizam culture.

​In the lead-up to Tuesday's elections, Home Minister Shah also announced that the party would drive out the Rohingya refugees from the city.

The references have drawn strong reactions from a lot of the city's voters and those on social media, with many billing the local body polls as a vote between "development" and "democracy". The latter is a reference to backing the non-BJP parties in the poll.