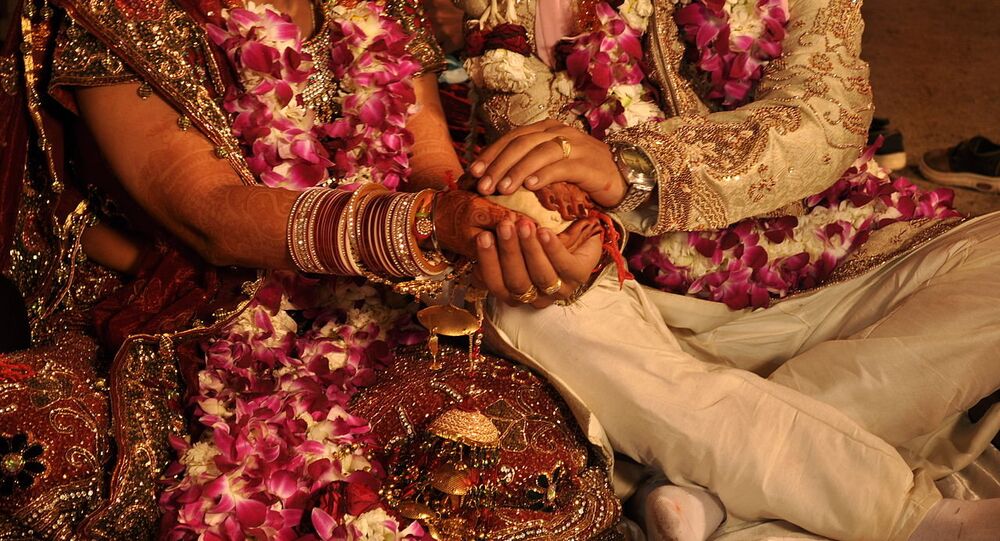 As states governed by India’s Bharatiya Janata Party (BJP) prepare to introduce laws banning interfaith marriages, experts have questioned whether such attempts would be constitutional.

Indian activists allied to the federal ruling Bharatiya Janata Party have been campaigning against Muslim youths luring Hindu girls into marriage in order for them to convert. Indian Christians have also come out openly against “Love Jihad”, a term coined to describe marriages between people of different religions.

The clamour to bring in a law against such marriages started last week after Allahabad High Court on 31 October ruled that “conversion just for the purpose of marriage is unacceptable.”

The court passed this judgement while dismissing a plea by a newlywed couple in Uttar Pradesh, who had approached it to get a restraining order against the bride's father not to disturb their married life.

Soon after the ruling, Uttar Pradesh Chief Minister Yogi Adityanath warned of dire consequences for those who “conceal identity and play with our (Hindu) sisters’ respect.”

“If you don’t mend your ways your ‘Ram naam satya’ (chant associated with Hindu funerals) journey will begin,” said Adityanath on Saturday (31 October).

In next few days after the ruling, states such as Karnataka, Madhya Pradesh, and Haryana — governed by BJP — have echoed Adityanath's sentiments.

“We will not remain silent when Jihadis strip the dignity of our sisters. Anyone involved in the act of conversion shall face severe and swift punishment,” Karnataka’s Culture Minister Chikkamagaravalli Thimme Ravi said on Tuesday (3 November). Ravi is also the national general-secretary of the federal ruling BJP.

Another BJP-ruled state, Haryana had hinted it was considering legal options against such interfaith marriages. State Chief Manohar Lal Khattar announced it on Sunday (1 November), against the backdrop of the murder of a 21-year-old girl in the state by a Muslim man. The family of the victim had alleged, the man was putting pressure on her to convert to Islam and marry him.

Despite the ruling made by the Allahabad High Court, legal expert Sandeep Dubey insisted that it would be difficult for any state to bring in a law to restrict interfaith marriages as “there are central laws on marriage, especially the Special Marriage Act”.

“Indian law does not recognise what is known in common parlance 'love jihad'. Two adults of marriageable age are free to marry the person of their choice. Various laws are there such as the Special Marriage Act, which enables secular marriage - ie, a couple of different faith and religion,” Dubey, a lawyer practising in India’s Supreme Court told Sputnik.

Dubey added that for states to take action against such marriages, it has to prove before a court that the marriage was forcibly conducted with the ulterior purpose of conversion to a different religion.