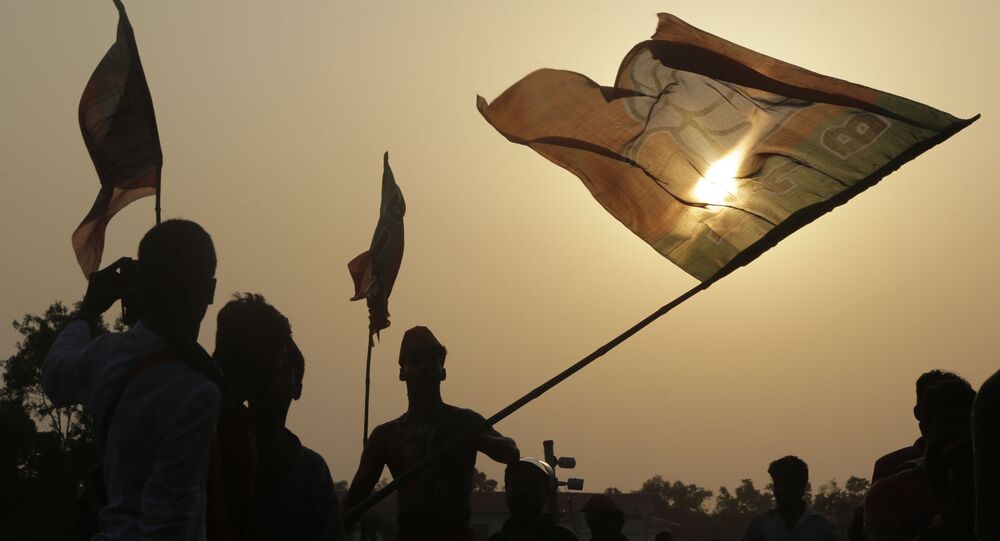 The BJP-led Assam state government has ordered an investigation into the incident, having arrested the driver who ​hit at a local journalist.

In a tweet in Hindi, former Chief of Congress Party Rahul Gandhi said, “Real journalism is getting stifled in several BJP-ruled states like Assam, Madhya Pradesh, UP, while jokers get protection.”

​A local journalist, Parag Bhuyan, was hit by a speeding vehicle under “mysterious circumstances” on Wednesday, 11 November, near his house in Kakopathar, 550 km east of the city of Guwahati.

The BJP-led state government, in the meantime, has ordered a probe into the incident, having seized the vehicle and arrested its driver.

On Wednesday, Gandhi similarly criticised the BJP government in Uttar Pradesh headed by Hindu monk Yogi Adityanath for the assault of a journalist allegedly by activists from the ruling party.

​The journalist, Vinay Tiwari, had raised questions about alleged irregularities in a rural employment programme among some local functionaries of the BJP.

On 5 October, Uttar Pradesh Police arrested a Kerala-based journalist, Siddique Kappan, while he was on his way to report an alleged gang-rape and assault case in the Hathras area. Kappan was arrested for his alleged Islamic links under the stringent provisions of anti-terror legislation and sedition.

The incident had triggered a huge political and public uproar in the country. The victim was murdered by four men in a Delhi hospital, and the state police cremated the body hastily in the early hours of 30 September.

According to a recent report, India recorded nearly 200 attacks on journalists and 40 killings since 2014. Of those deaths, 21 were directly linked to their professional work.

Another report by the international Global Impunity Index 2020 listed India as 12th among the countries, where journalists were slain and their killers were not held accountable.

According to the report, there were 17 cases of unresolved murders of journalists in India during the past decade.