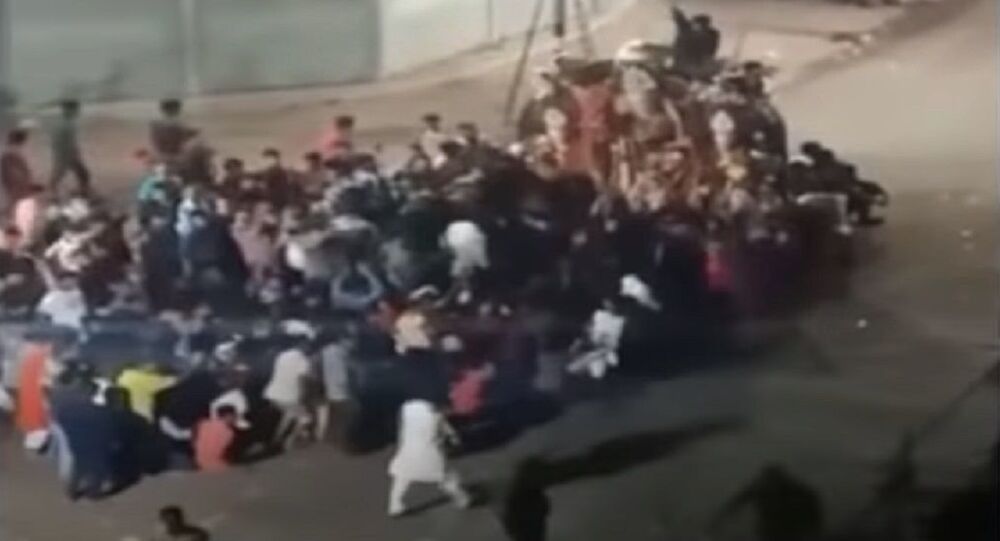 An 18-year-old man was killed and dozens of others were injured on 26 October after police opened fire during clashes which broke out between cops and the general public during an idol immersion procession of the Hindu Goddess Durga. The killing kicked off a political row in Bihar, where elections are underway.

Large-scale arson, vandalism and violence resurged in India’s eastern state of Bihar, as hundreds of agitated people gathered around the police superintendent's office in the town of Munger demanding action against the policeman who fired upon the man during clashes on Monday night.

@randm_indianguy Munger is burning
Where is Nitish kumar?
Lipi Singh has been given clean chit
What the hell is going on?
Bihar me Nda ki sarkar hai? #JusticeForMunger https://t.co/c8kKcncfIl pic.twitter.com/XPkjrSGqgC

#BREAKING : Election Commission orders immediate removal of SP and DM of #Munger. Inquiry also ordered into shooting at Durga immersion procession. Inquiry has to be completed within next 7 days.

​On Thursday, the top officials of the district, Lipi Singh and Rajesh Meena, were suspended following the demands, and an inquiry has been ordered into Monday's incident, confirmed the chief electoral officer (CEO) of Bihar.

"In the light of prevailing situation in Munger, ECI has ordered the immediate removal of SP and DM Munger. ECI has also ordered an inquiry into the entire incident by Mr. Asangba Chuba Ao, Divisional Commissioner, Magadh which has to be completed within next seven days," said the chief electoral officer.

The people in the city have said they would boycott the elections in their constituency.

The incident occurred in Munger as people gathered in large numbers to carry out Durga puja processions. Police which had arrived to disband the unauthorised gatherings and were pelted with rocks, prompting them to retaliate. One was killed and over 27 others were injured, mostly policemen.

Elections in the state are being held in three phases – 28 October, 3 November, and 7 November – and vote counting will take place on 10 November.