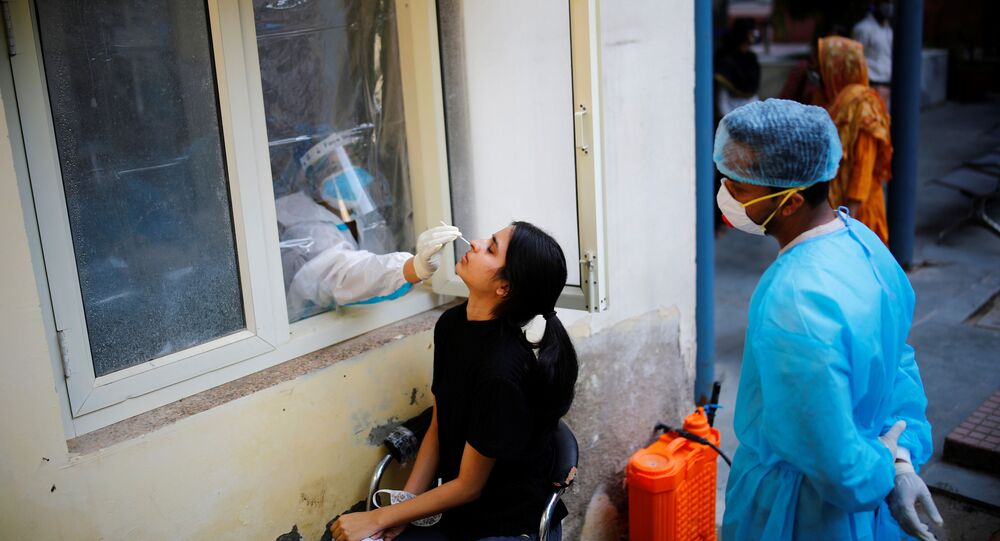 The BJP promised free COVID-19 vaccines for the people of poll-bound Bihar state on Thursday, evoking strong protests from opposition parties and social media regulars. The party, however, scoffed at the criticism, saying it was a state matter and that its Bihar unit has decided to provide it for free.

Despite outcry over the Bharatiya Janata Party (BJP) using free COVID-19 vaccinations as an election promise in India's poll-bound Bihar state, Madhya Pradesh chief Shivraj Singh Chouhan on Friday promised something similar to the people ahead of the mid-term polls in the state.

Madhya Pradesh is governed by the BJP.

"COVID-19 has been controlled to a great extent in Madhya Pradesh also and the number of active cases has been declining. The government is making all-out efforts to control the disease, but as a permanent cure, we will administer it to people free of cost once the vaccine is available. The government has decided to administer it free of cost to poor people who cannot afford it’’, said Chouhan.

​As of Friday, there were 12,146 active COVID-19 cases in Madhya Pradesh, while 2,842 people have succumbed to the viral infection, according to the federal Health Ministry.

On Thursday, Tamil Nadu's state chief Edappadi K. Palaniswami also announced that when a vaccine is ready, it will be given to all people in the state free of cost.

Reacting to the announcement in Bihar on Thursday, 22 October, former Congress Party chief Rahul Gandhi slammed the BJP, saying India’s access to a COVID vaccine would depend on the state election schedule in the country.

“GOI just announced India’s Covid access strategy. Kindly refer to the state-wise election schedule to know when will you get it, along with a hoard of false promises”, he tweeted.

Kindly refer to the state-wise election schedule to know when will you get it, along with a hoard of false promises.

Mid-term polls in Madhya Pradesh for 28 seats were necessitated as 25 seats were vacated by former Congress members, who quit the party and joined the nationally governing BJP in March this year, while the remaining three seats fell vacant after the deaths of incumbents.