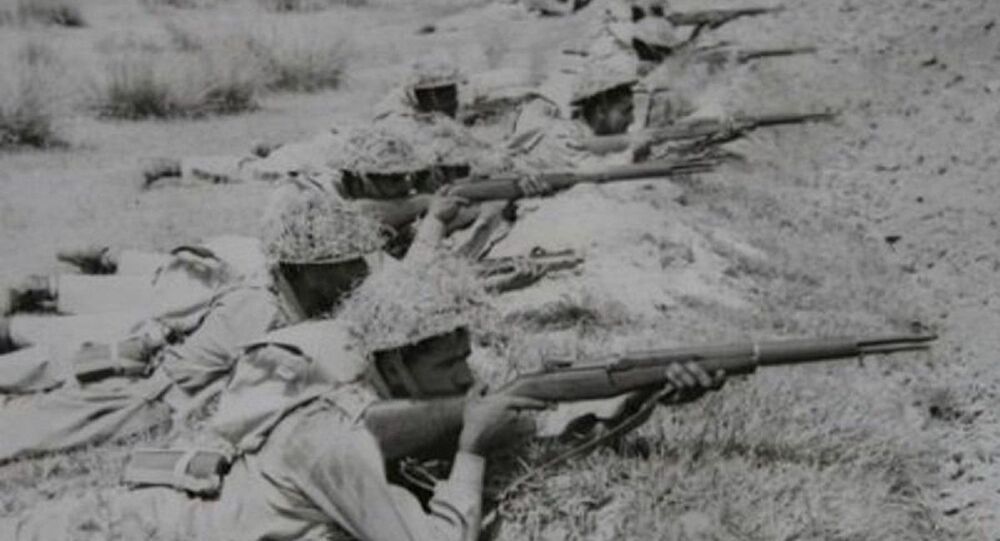 Two months after gaining independence from British rule, on 22 October 1947, some 2,000 Pakistani tribal men entered Jammu and Kashmir, plundering and raiding towns. The militia was reportedly armed with modern ammunition and arms as they carried out atrocities and mass rapes, according to the Indian government.

For the first time in Indian-administered Jammu and Kashmir, billboards have been erected against Pakistan across the city of Srinagar as the Narendra Modi government observes 22 October as a "Black Day" in India.

The life-size signs, asking "Do you know what 22 October 1947 is – a black day for Jammu and Kashmir", inform Kashmiris of the atrocities committed by Pakistani invaders in the valley.

Nationalist uprising has started in #Kashmir.
massive hoardings installed by locals in public places across Srinagar to commemorate the Black Day on 22 Oct. It was 22nd Oct 1947 when Pak tribal militants invaded Jammu and Kashmir. @rose_k01 @arifaajakia pic.twitter.com/pLCSR92Z45

The government has planned several events to mark the occasion that will be carried out in national capital Delhi as well as Jammu and Kashmir.

A two-day symposium in Srinagar will showcase the history of the invasion and atrocities committed by the raiders purportedly supported by the Pakistani Army.

"The 'lashkars' (militia) of tribal men armed with axes, swords, and guns and backed by the Pakistan Army attacked Kashmir where they butchered men, children, and turned women into their slaves", New Indian Express quoted a senior government officer saying.

​The officials stated that nuns, nurses, and other women were raped irrespective of religion and age and their bodies were thrown into wells. Indian troops were then airlifted to Srinagar to control the situation.

On 26 October 1947, Maharaja Hari Singh, ruler of the then-princely state of Jammu and Kashmir, signed the Instrument of Accession merging the state with India and asked for the Indian government's help in repulsing the invaders.

Islamabad observes 27 October as a "Black Day" to protest against the "occupation" of Jammu and Kashmir by Indian security forces.